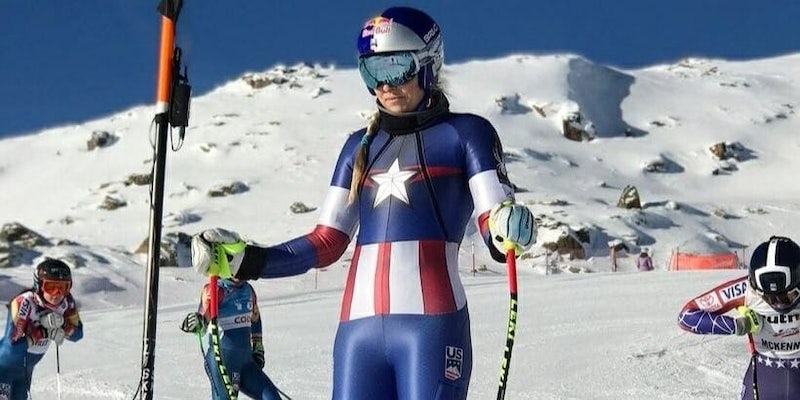 Fans are losing it over the U.S. Olympic ski team’s Marvel-inspired suits

Does this mean we're getting a Captain Marvel appearance in 'Avengers: Infinity War'?

The Winter Olympics are currently underway in Pyeongchang, South Korea,, and, to put it bluntly, U.S. fans are hype as shit. The U.S. ski and snowboard team gave them even more reason to freak out when they showed off their new Marvel-inspired suits.

The team debuted the new uniforms on Friday. The women’s suits resemble Captain Marvel, while the men’s suits bear a likeness to Captain America. The suits are the product of an official collaboration between Marvel and Spyder, the U.S. ski team’s official supplier.

Needless to say, fans had a lot of feelings on Twitter; the suits even became a Twitter moment. Some also theorized that the suits hint at a Captain Marvel appearance in Avengers: Infinity War, which comes out this May. Looks like the 2018 Olympics and the Marvel Cinematic Universe both just got a lot more exciting.