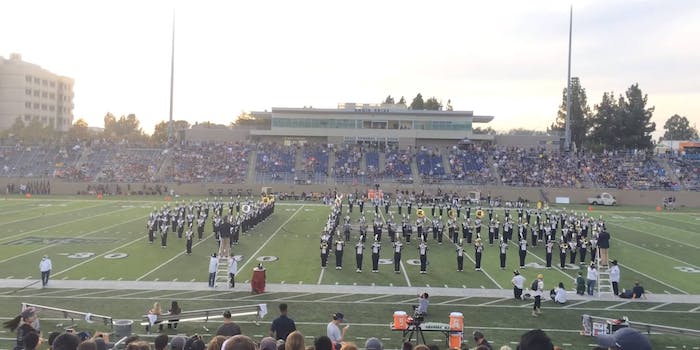 Either this is the nerdiest marching band ever, or the coolest.

Either this is the nerdiest marching band ever, or the coolest.

For Saturday’s UC Davis-Southern Utah football game, the UC Davis band put on an interesting performance during its halftime show. The routine was inspired by Super Smash Bros., and people were even fighting on the field dressed up as various Smash characters.

The rendition was a medley of various songs from the Smash games, including the main theme from Brawl, the menu theme from Melee, Hyrule Temple, Dreamland, and Fire Emblem (Melee).