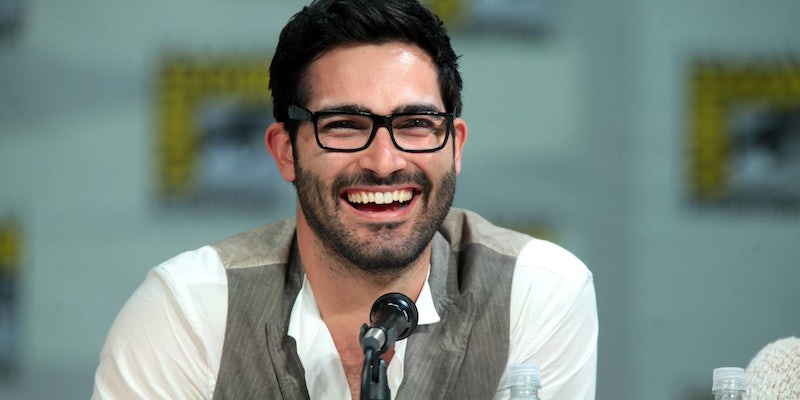 Fans are already excited to see his take on the Man of Steel.

Superman was a big presence in Supergirl’s first season despite having only shown up in text messages and shadows, but the show has finally filled out that costume after heading to the CW.

For Teen Wolf fans, it’s face they’ll surely recognize. Tyler Hoechlin, who portrayed Derek Hale on the show before leaving the main cast in 2015, will pick up the Superman mantle and visit National City as a guest star in the first two episodes of Supergirl’s second season. For Supergirl executive producers Andrew Kreisberg and Greg Berlanti, it was a no-brainer.

“Greg and I have wanted to work with Tyler for ages, so this worked out perfectly because Tyler is Superman,” Kreisberg said in a statement. “We are so thrilled and humbled to add another amazing actor to the legacy of this iconic character.”

Kreisberg and Berlanti first announced that they’d introduce Superman (and his alter-ego, Clark Kent) into the DC TV universe a couple weeks ago. Initially Supergirl decided not to bring him on the show because “it’s not about him,” but some suspected that might’ve had something to do with licensing, which no longer seems to be an issue now that Supergirl is on the CW.

Fans were quick to point out that Hoechlin could already rock Clark’s glasses, but more importantly, that Supergirl’s take on Superman would be leaps and bounds different from Henry Cavill’s portrayal on film—which has been much-maligned by fans.

This is how @GBerlanti's #Supergirl imagines Clark: kind, compassionate, and uses noses in his smiley-faces. pic.twitter.com/6JyR4VaTvh

Hoechlin’s arc on Supergirl is only two episodes right now, but with all of the DC TV universe shows on the CW he may easily be able to zoom off to any of them.