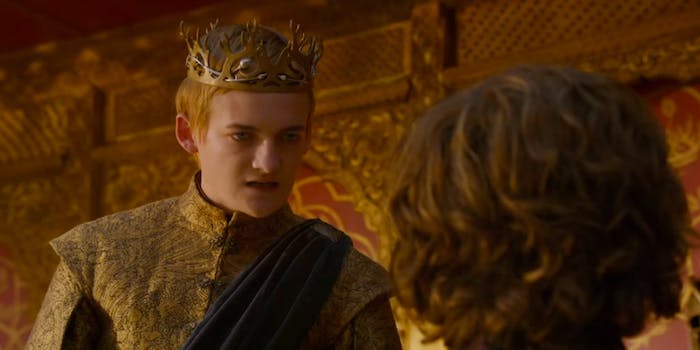 It's about as far away as you can get from those Red Wedding reaction videos.

Warning: this contains spoilers for Game of Thrones and the “Purple Wedding.”

Weddings are supposed to be day of celebration, but this probably isn’t what people mean by that.

While the Red Wedding upset quite a number of fans when it aired last year, the Purple Wedding is filling people with something comparable to unadulterated glee. It seems that the only sadness involved is that we’ll no longer be able to hate on Jack Gleeson’s excellent portrayal of King Joffrey.

So, let’s take minute here to celebrate in the takedown of a tyrant with some of our favorite movie and television show characters:


Movie & TV Characters React To Game Of Thrones… by worldwideinterweb