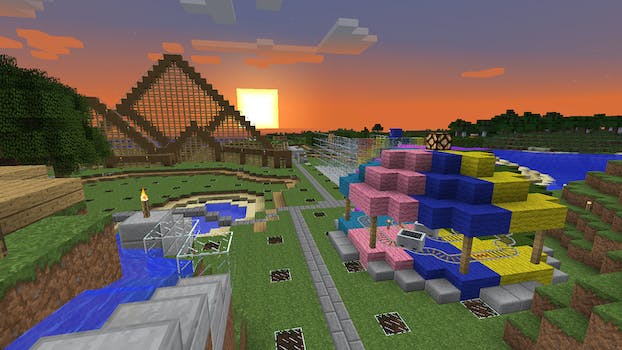 You won't believe the government's argument.

In a world full of games like Call of Duty and Counter Strike, the fun and nonviolent building game Minecraft has been a godsend for parents. No longer would their kids be begging to shoot their friends in the face. Instead, they could get sucked into a family-friendly game with a pleasant artistic style and an emphasis on creativity.

For the Turkish Ministry of Family and Social Policy, however, Minecraft remains a clear and present danger to the country’s youth.

In a recent report, the family ministry claimed that the game encouraged children to resort to violence, which is a bit like saying Mario encourages kids to jump on people’s heads with their butts.

“Although the game can be seen as encouraging creativity in children by letting them build houses, farmlands and bridges,” the report said, “mobs [hostile creatures] must be killed in order to protect these structures.”

“In short,” the ministry said, “the game is based on violence.”

One wonders how uneventful a game would have to be to meet the ministry’s standards. Games without consequence are generally pointless, and conflict is the most compelling way of introducing meaningful consequences. Games need some degree of peril, or the player wouldn’t learn to value his or her own survival. The PBS webseries Game/Show recently discussed this idea in an episode titled “Why is Killing a Fundamental Game Mechanic?”

The Turkish ministry’s report also claimed, without any scientific evidence, that kids who played Minecraft would lose empathy for animals, because the player kills cubed sheep in the game.

The government probe into Minecraft was initially launched for the commendable purpose of determining whether the game encouraged violence toward women, making the final report’s questionable conclusions all the more surprising.