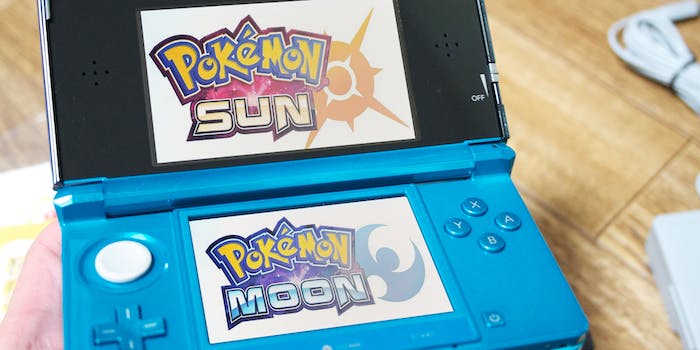 Are these the logos for 2 new Pokémon games?

A pair of leaked images doesn’t automatically equal new games, but the timing is suspect.

NerdLeaks has reported the discovery of a pair of trademark filings in the European Market by Nintendo Co. Ltd. for “Pokémon Moon” and “Pokémon Sun,” in styles and fonts that clearly mark them as potential titles for new Pokémon games.

Nintendo sometimes releases new Pokémon games in pairs like Pokémon Black and White in 2011 and Pokémon Omega Ruby and Alpha Sapphire in 2014. Fans need to purchase both copies of the game if they want access to all the new Pokémon characters.

Of course, we won’t know if the Pokémon logos and the new games are real until Nintendo confirms it. But what lends credence to the belief that Pokémon Moon and Pokémon Sun may be the newest games in the series is that Nintendo is celebrating the 20th Anniversary of Pokémon by dedicating one of its Nintendo Direct broadcasts strictly to the long-running game franchise.

The Pokémon Direct broadcast will air on Friday at 10am ET.