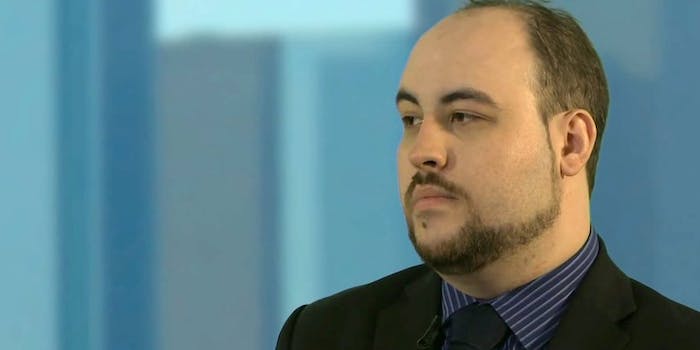 The gaming commentator talks about his current health issues in hopes that other people will get themselves checked out.

John Bain, the YouTube gaming commentator known as TotalBiscuit who has more than 1.6 million subscribers, is often a private man. But when it comes to his recent health problems, he’s taken to his channel in hopes that other people will listen to his message.

In February, Bain wrote a long message to his subreddit detailing the ways that fame taken a toll on his health, caused in part by his obsession with engaging his fans, including those who occasionally skwered him. At the time he mentioned that one of those health problems “might even be life-threatening.”

In a video posted earlier today, Bain revealed that he has a pre-cancerous or already cancerous mass in his colon.

“I should have gone to the doctor pretty much immediately, but I didn’t,” he said of the issues that have plagued him for the past year and a half. All the while, he keeps true to the style that’s made him famous, playing througha game of the gruesome Surgeon Simulato while delivering the news. “I figured: It’s embarrassing, it’ll just go away on its own.”

Calling himself a “fucking idiot,” he’s now speaking up about it in hopes that people who are experiencing medical problems will go get them checked out instead of writing it off—particularly when it’s embarrassing. Because, as he noted, his decision to wait for it to go away “almost got myself killed.”

Bain can be something of a polarizing figure in the gaming community thanks in part to his tendency to wade into comment wars. And his fanbase has been described by some as a cult. Even in the midst of a possible cancer diagnosis, Bain still has his haters, but he’s not letting them bother him.

“I’d ask people not to engage with the few trolls trying to get a reaction,” Bain wrote. “They cannot do anything, they have no power. What are they gonna do, wish cancer on me?”