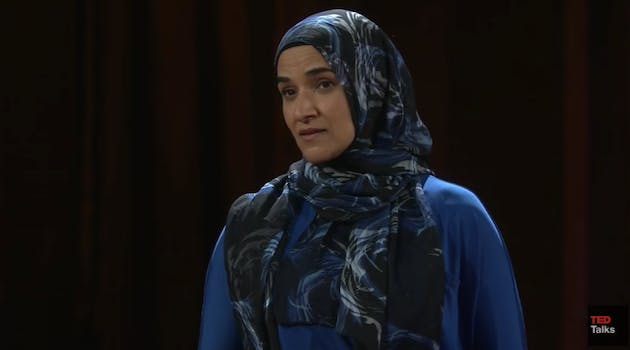 For all your TED talk needs.

Amid all the recent conversation about the withering of America’s manufacturing industry, there’s at least one thing the U.S. still produces in great quantity: TED talks. That’s right, the long-running Technology, Entertainment, and Design speaker series that annually produces any number of interesting, engaging presentations has presented its own curated list of its top 10 talks this year.

It’s worth a look for anyone with a little time and a little interest.

The list was put together by TED curator Chris Anderson, and the 10 selections run the gamut from genetics to artificial intelligence and from nonviolent resistance to the role of Islamophobia in American life. The year 2016 may not have been the rosiest for a whole lot of people, but it definitely produced some conversations worth having.

1) What the discovery of gravitational waves means, by Allan Adams

Adams is a theoretical physicist specializing in string theory, and his talk addresses the importance, magnitude, and scientific implications of the discovery of gravity waves.

In this TED talk from June, journalist Jennifer Kahn addresses the practical and ethical implications of genetic editing.

3) Hunting for dinosaurs showed me our place in the universe, by Kenneth Lacovara

A paleontologist and researcher partly responsible for the discovery of the dinosaur Dreadnoughtus, Lacovara discussed how the search for new species of dinosaurs helped inform his understanding of humanity’s place in geological history and the natural order.

4) Can we build AI without losing control over it, by Sam Harris

While Harris is perhaps foremost known for his controversial commentaries on politics and organized religion, Islam in particular, he’s also an accomplished neuroscientist who delivered a compelling TED talk on the potential pitfalls and challenges posed by the development of artificial intelligence.

5) The history of African-American social dance, by Camille A. Brown

6) Our refugee system is failing. Here’s how we can fix it, by Alexander Betts

Betts, a professor and director of the Refugee Studies Center at Oxford University, takes a sharp focus on the worldwide refugee crisis—fueled in large part by the harrowing, still-ongoing Syrian civil war—and how to make a system that better serves them, amid a widening humanitarian crisis.

7) What do you think when you look at me, by Dalia Mogahed

Egpytian-American scholar Dalia Mogahed delivered a powerful talk about negative perceptions of her Islamic faith back in March, one that seems incredibly salient given the prevalence of anti-Islam bigotry within the U.S. and around the world.

8) A prosecutor’s vision for a better justice system, by Adam Foss

Boston-area prosecutor Adam Foss is a public advocate for implementing reforms to the American criminal justice system aimed at reducing the numbers of potentially ruinous criminal charges stamped on the records of young people, as he described in a TED talk in April.

9) The secret to effective nonviolent resistance, by Jamila Raqib

Raqib, the director of the Albert Einstein Institution, is a recognized and lauded speaker on the topic of nonviolent resistance. In her July TED talk, she addressed the means that nonviolent movements can make enduring social change, arguing that it’s not a matter of simply condemning or denouncing violence but “making violence obsolete.”

10) Inside the mind of a master procrastinator, by Tim Urban

Who hasn’t procrastinated now and then? To hear Urban tell it, he certainly has. In a TED talk from April, Urban details some of his own experiences with procrastination and the importance of reflecting on the sorts of things you’re trying to distract yourself from.