And you thought Battlefront’s graphics were great already.

Shooting real-life Imperial Stormtroopers (or the next best thing to it) is just one game mod away.

Martin Bergman, developer of the Toddyhancer graphics mod, has applied the mod to Star Wars Battlefront and posted stills of the results on Imgur. If we didn’t tell you up front that this was a still image from a modded version of Battlefront, would you believe it was from a new Star Wars movie? 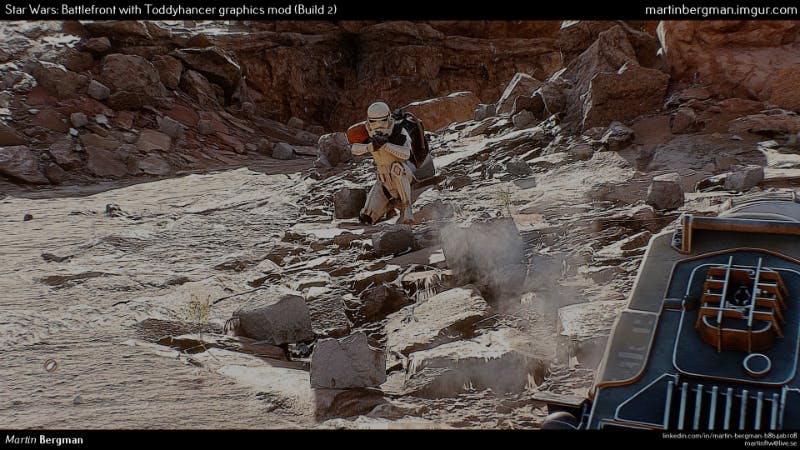 Bergman first demo’ed the Toddyhancer mod on Grand Theft Auto V. Our comparison between actual GTA V graphics and the Toddyhancer’ed graphics on the same stretch of road in the city of Los Santos made the level of improvement impressively clear.

Battlefront was already the closest to photorealistic as any Star Wars game, but when Bergman applies the Toddyhancer mod to the PC version of Battlefront the results are stunning. The mod is so powerful that Bergman says it can slow frames-per-second down to 10 (30fps is the bare minimum gamers accept, and 60fps is the current preference). 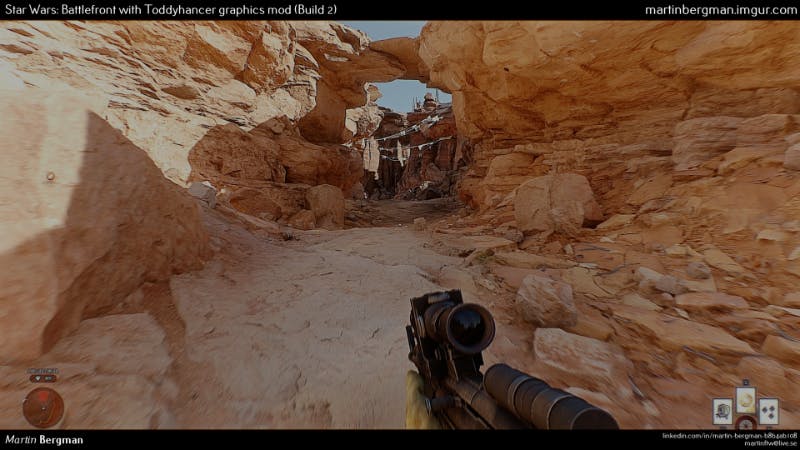 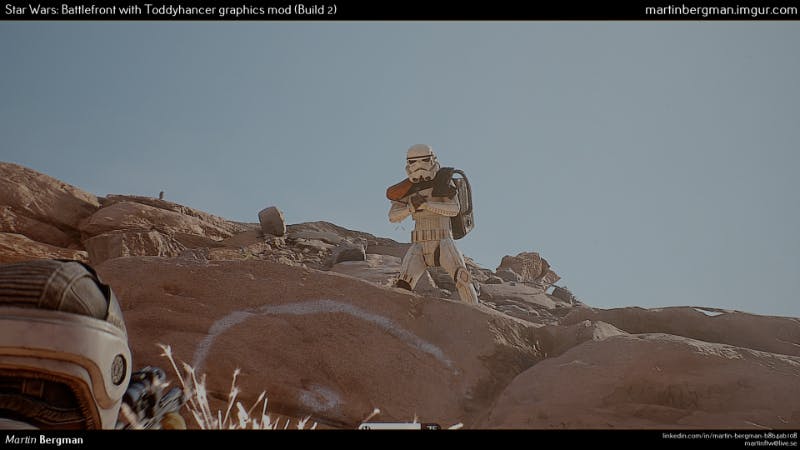 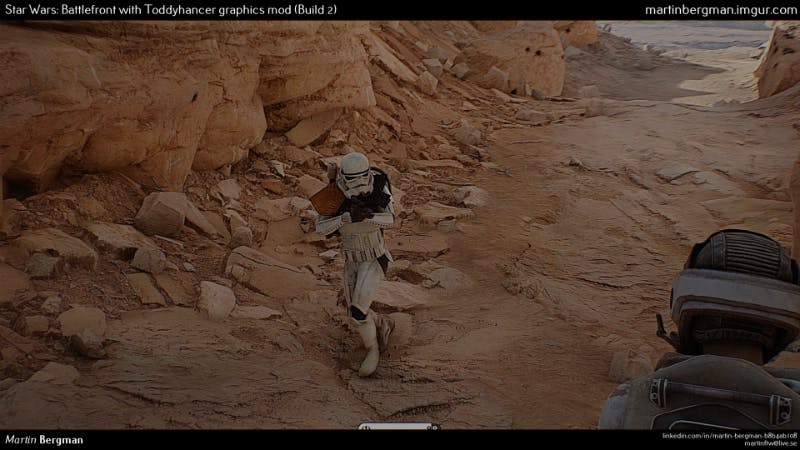 Photorealism is the ultimate goal that game developers and CGI artists reach for. Someday soon your PC should be able to run graphics like those produced by Toddyhancer and without slowing to a crawl. We’re really, really close to photorealism, folks.