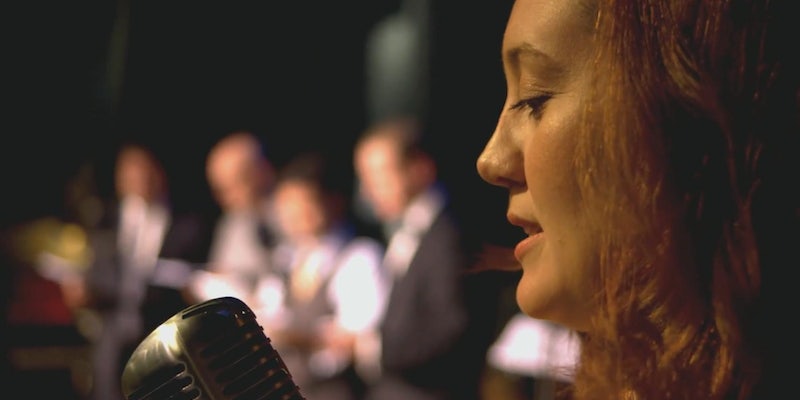 Preparing for the end of ‘Thrilling Adventure Hour’

All adventures must come to an end.

All adventures must come to an end.

But for fans of the Thrilling Adventure Hour, that end will be especially bittersweet. They may be losing a loved podcast and live show—one that’s been around for 10 years—but they’ll be freeing the creative minds behind the production to pursue new ventures.

Of course, not everyone is ready to believe the curtains are really closing for good.

“I don’t believe it,” Busy Philipps, a cast member and actress on Cougar Town, told a panel audience at South by Southwest Gaming Expo in Austin, Texas. “Guys, let me just say this: Ben and Ben have for 10 years written a new 62-page show every fucking month… for very little compensation, I would say. Just the love of the thing and that it was interesting for them to do, and that people wanted to see it.”

She’s skeptical that Ben Acker and Ben Blacker, the brainpower behind the show, could ever really walk away. Blacker, who joined Philipps on a Thrilling Adventure Hour panel with cast member and Legend of Korra voice actor Janet Varney and regular guest Colin Hanks, didn’t deny it.

“Listen, after working with all of these unbelievable actors and guests for so long, it will be an enormous hole in our lives not to do that on a regular basis,” he said. “So yeah, we want to try to do something, whether it is quarterly shows, whether it is other media… We don’t know; we’re still kind of figuring that out. But we want to find the best way to do it to make you guys happy who are enjoying the podcast, to make the actors and collaborators happy doing the live show—which we love doing. But also to keep the sanity that Ben and I so dearly need.”

He and Acker, a writing duo that pairs as nicely as their names, spun off the radio-drama-styled stage show from a space-western film script they wrote called Sparks Nevada, Marshal on Mars. With a recurring cast and an ever-growing list of characters, the show ran monthly for five years at a Hollywood lounge called the M Bar until it moved to the Largo nightclub. It was there that the live performance was recorded to create a podcast that found a dedicated fanbase around the world.

Like the audience for Welcome to Nightvale, another screaming success of a podcast, fans have cataloged the characters and storylines of the show. Thrilling Adventure Hour maintains the essence of an old-time radio show, but with witty repartee, a variety of quirky segments, and boatloads of pop-culture references.

“There is a fan wiki that exists—I don’t know if you guys have seen this—it is great,” Blacker said. “Ben and I consult it so often to be like, ‘What did we ever do with that character?’ And we just wind up going down this hole of discovering characters that we’d forgotten about, and they’ll come back in the shows. There is a world out there that is made by us, that’s also made by the fans, that is still there to enjoy.”

For those who suffer withdrawal pangs when the show ends in April, there’s an archive of 200 episodes to revisit, Blacker said. The team also published the first issue of a Sparks Nevada comic book with Image Comics in February. The first issue of another comic series based on the show, Beyond Belief, comes out on Wednesday.

Blacker said he and Acker resisted the theater cliché of referring to the cast as a family—but as the show winds down to its last few performances, he said that’s how he feels.

For the last 5 years I have been doing this amazingly funny and weird show once a month at Largo here in Los Angeles with a group of hilarious and talented people. It's called the Thrilling Adventure Hour and you can listen to it on podcast at nerdist.com. Anyway. Here are the ladies in the dressing room tonight pre-show. And did I mention it's our last show? It is- I mean, except for next month. But technically, it's the last monthly show…which makes me sad. I know this may seem weird but I'm someone who constantly feels like I don't fit in and I have felt like I belong in this group since day one…

“It feels a little like high school theater in the best way possible,” Philipps said. “I feel like I’m always somebody who doesn’t feel like a part of the group that I’m in. I always feel like everybody else is in the group, and I’m not in the group, and even though I joined Thrilling Adventure after they had been doing it for five years, from the moment I was a guest on it I felt like, ‘Oh yeah, these are my people.’”

A lot of fans who discovered the podcast over the years feel the same way.