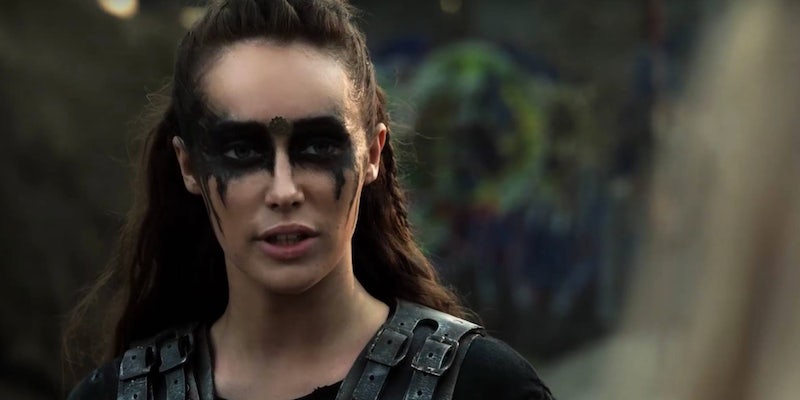 It's certainly a start.

TV fans have already seen a bloodbath of major, often senseless character deaths over the past few weeks, but a few TV writers are trying to make sure that some of those characters get the respect they deserve.

Although lesbian and bisexual characters have been ruthlessly killed on TV for decades (as of press time, Autostraddle’s expansive list names 153 characters), Lexa’s death on The 100 right after consummating her relationship with Clarke, the show’s female lead, was the final straw. The nature of her death—shot by a stray bullet—sparked backlash from queer fans who were tired of seeing the “bury your gays” TV trope play out over and over again.

It eventually prompted a long apology from showrunner Jason Rothenberg, who soon faced more controversy after Ricky Whittle discussed the volatile nature of his exit from the show. In the weeks that followed, fans also saw lesbian and bisexual characters die on The Walking Dead, The Magicians, Empire, and The Vampire Diaries, often to further the plot of another (usually straight white male) character. A viral Tumblr post puts the number of casualties at 22 in 2015 and 14 in 2016 to date.

But now, several writers and producers within the TV industry are calling for their own to step up and do better by their LGBTQ fans by doing better by the LGBTQ characters.

“We admit that it took us a little while to truly understand the outpouring of criticism being directed at the shows in question—series we love that have showrunners we respect,” they wrote. “But, after much discussion and much debate, we believe that every writing room can learn something from this extraordinary and revolutionary movement.”

Dubbed the “Lexa Pledge,” it’s a seven-part promise to TV’s LGBTQ fans to create meaningful arcs for any LGBTQ characters introduced on their shows, consult experts in the community, never to bait fans, and to ensure that if an LGBTQ character is killed, it’s not solely to further the plot of a straight character.

The women also spoke of the need for positive portrayals of LGBTQ characters in TV.

“I don’t know what my experience would’ve been like if I was a teenager now and watching queer female characters get shot or stabbed or drowned one after the other after the other,” Carbone told the Mary Sue. “I don’t know how that kind of representation wouldn’t burrow into your subconscious and send a message of pain and futility. Which I guess is why the pledge is getting the response it’s getting online. It contains a message of hope that lots of people, especially young people, need to hear.”

Since launching the pledge on April 21, writers and producers on Saving Hope, Rookie Blue, Orphan Black, and The Catch have also joined the pledge.

While we may be years away from having satisfying and trope-defying stories for LGBTQ characters on TV, many writers are finally starting to pay attention and—even more important—listen.