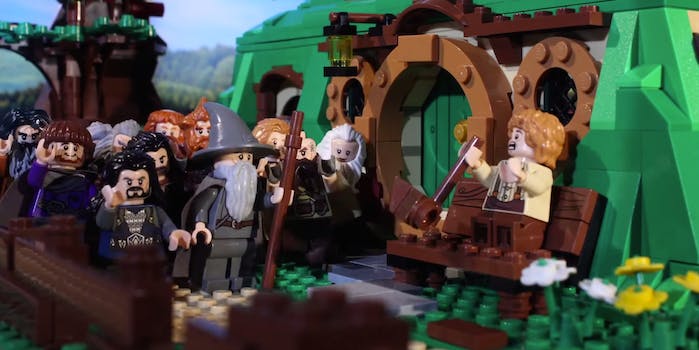 Don't worry, there's none of that fluff from the movies.

Warning: This contains spoilers for the ending of The Hobbit.

Finally, a version of The Hobbit that cuts out all of the fluff added in by Peter Jackson’s movie trilogy.

Thanks to Brotherhood Workshop and some animated Legos, we now know what The Hobbit would look like if the story had stuck strictly to the book. This version is roughly “33,000ish seconds shorter” than the movies released so far, and at just 72 seconds, it’s a lot shorter than the time it takes most people to read a single Tolkien chapter.

Most importantly of all, this video doesn’t contain any movie-exclusive characters, backstory from the appendices, cameos, angst, or convoluted love triangles.

It’s not quite the epic we’re used to getting with Tolkien adaptations, but let’s just throw all of the Oscars at it anyway.