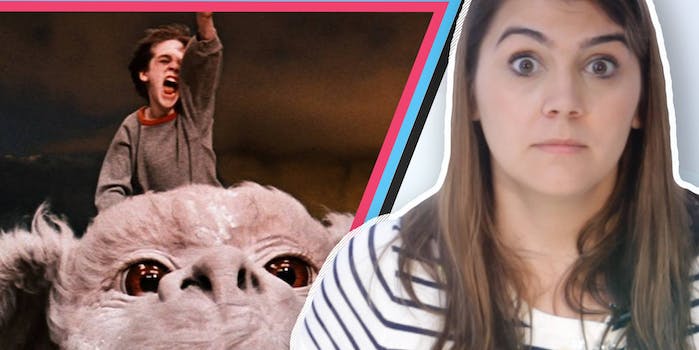 I watched ‘The NeverEnding Story’ for the first time, and now I want to ride my dog

This might have ruined my childhood… if I had a childhood.

On this week’s episode of The Geek Awakens, I watched The NeverEnding Story. I’m not sure what I expected when I started this movie, but let me say, it’s a weird one.

Growing up, I never saw Goonies. While in college, my bestie told me I had to watch it because she loved it. I started to watch it, and by the time I got to the Truffle Shuffle, I was so bored I wanted to turn it off and go listen to some Dashboard Confessional by myself (I was very emo back in the day). I expected The NeverEnding Story to be the same way.

I was so wrong! I am glad I saw this movie as an adult because the story is a little tough to follow at times, and as a kid, I would have been so lost.

Also, it gets dark at times. Real dark.

If you dig our show, consider subscribing on YouTube, or liking our Facebook page to get new episodes right in your feed.

In the last episode of TGA, I watched Ghostbusters for the first time, and it was incredible.