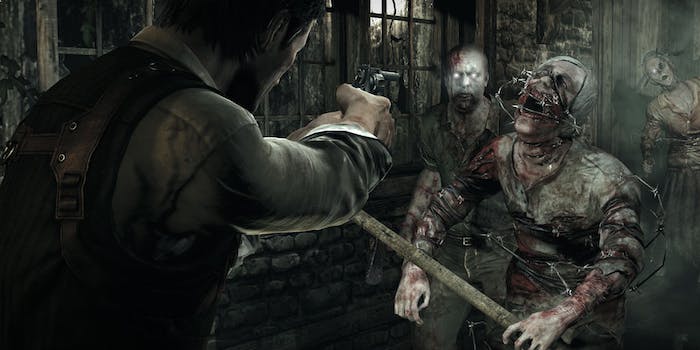 ‘The Evil Within’ players on PC are getting better graphics

Players of The Evil Within, the survival horror game from Shinji Mikami released Tuesday on PC, no longer have to worry about consoles dictating the visual quality of the game.

Bethesda Softworks promised and has now delivered a set of debug commands to allow The Evil Within on PC to run at 60fps, rather than at 30fps, the framerate at which console versions of the game are locked. The commands shared by Bethesda will also let players have some control over the game’s aspect ratio.

The higher the frames per second, the smoother motion appears in a video game. This frames-per-second comparison tool does a good job of laying out the basic differences between various fps settings. This tool shows the difference between 30fps and 60fps specifically using video games as demonstrations.

Sixty frames per second is the golden target all triple-A video games are expected to achieve by any player who is hyper-focused on visual quality. When Ubisoft announced it was capping Assassin’s Creed: Unity framerates at 30fps, some gamers were displeased at what they felt was the intentional delivery of inferior quality.

PC gamers in particular are touchy about framerates, because they make substantial investments in gaming hardware to allow for superior visual quality. They doggedly pursued the framerate for The Evil Within on PC since early this year, with increasing tenacity once word broke that the game had been developed for 30fps on consoles.

When Bethesda announced the PC specs for the game, they gave notice that debug commands would be made available to PC gamers, to allow them to push The Evil Within’s framerate up to 60fps. Those commands, now available, also include options to give the player invincibility, unlimited ammunition, the ability to walk through walls, and commands to slow down time.

There are advantages, beyond better graphics, to playing the PC version of The Evil Within.