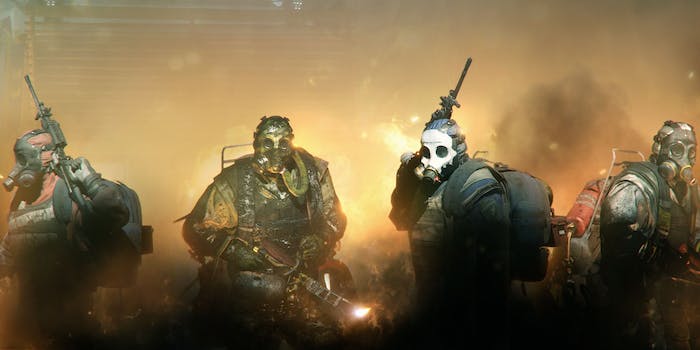 This is a make or break moment for The Division.

The Division players put up with terrible bugs, unfair competition, artificially inflated difficulty, and the destruction of key game systems, but at least it’s mostly been free.

Ubisoft today delivers Underground, the first of three paid expansions for the massively multiplayer online shooter The Division. It’s set in a New York City ravaged by plague, where players are the only people standing between complete lawlessness and the few remaining survivors.

A group of former NYC Sanitation workers dubbed The Cleaners are set on literally burning the plague out of the city with flamethrowers and napalm, and a group of their leaders called the Four Horsemen are lurking in the sewers underneath the city. In Underground, Division agents descend into the bowels of the city to take those leaders out.

Underground adds to the game a system of procedurally generated missions, meaning they will always change. Players will have more granular control over difficulty settings to help keep the new content fresh, and developer Massive Entertainment is introducing new powerful Gear Set armor to give players more variety in how they build their characters.

It sounds good on paper. The Division quickly changed over three months from a standard-setting MMO shooter to a bug-laden, imbalanced experience. It really needs an infusion of new, quality content.

Players quickly discovered The Division had a critical bug that allowed them to cheat rampantly. Players that cheated easily accrued powerful gear, which they took into the player-versus-player Dark Zone to steal other players’ gear.

Ubisoft effectively took away The Division’s crafting system, which was an important way players who weren’t cheating could accrue powerful gear and remain competitive.

Game updates introduced high-end challenges called Incursions that would grant the powerful gear players wanted, but undercut the cover-based, tactical play that made combat in The Division so enjoyable.

All of the game updates so far that included frustrating game changes and content have been free of charge. Underground however is content included as part of a $40 Season Pass or costs $15 by itself.

If The Division players’ patience for issues with the game is not rewarded with a great new expansion, The Division is going to look increasingly unattractive. If Underground turns out to be a satisfying change to the game, all will probably be forgiven.