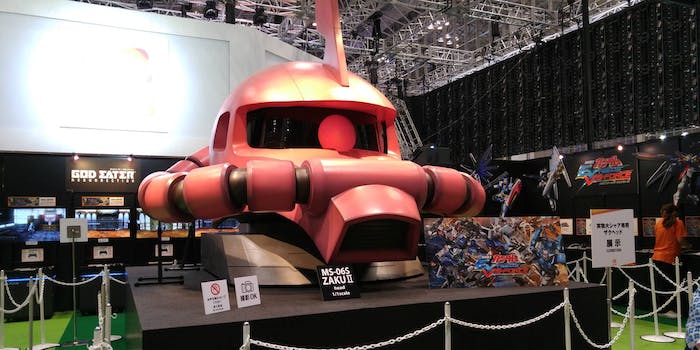 3 Japanese video games that should really get a U.S. release

This month, Tokyo Game Show showed us a lot of cool games. While many of the titles will be making their way to the U.S. in the coming year, there are a few that won’t. And that’s a damn shame.

That’s why we’ve put together a list of games we think U.S. audiences would love if they were to get a western release.

The first one is a bit out of left field. It’s a Gundam game exclusive to the PS Vita. It’s been such a long time since a Gundam game has come out in the U.S. that even Bandai/Namco’s online store pulls up zero results.

We’ll be honest, Extreme VS-Force wasn’t the most remarkable game we played at TGS, but when you’re deprived of something for long enough, you’re kind of willing to take anything. As much as we hope that this popular franchise makes it stateside, it could be a hard sell for Bandai/Namco. There must be a reason why Gundam games don’t see western releases often. And there’s the little issue of the PlayStation Vita’s player base. At only 12.26 million units sold worldwide, mostly in Europe and Japan, it looks like American audiences haven’t caught on. Bandai/Namco did announce during the show that the game will be made available in English. And since the PS Vita is region free, U.S. gamers who really want it should be able to import it without too much fuss.

GUNDAM EXTREME VS-FORCE will be available in English! Get ready for some action on the go! #GundamExvsForce #PSV pic.twitter.com/oCW5EGBrG3

We think it’s painfully obvious that Monster Hunter X for the Nintendo 3DS should get a U.S. release. The previous entry, Monster Hunter 4 Ultimate, shipped a whopping 1 million units in Europe and North America. That’s incredibe for a franchise that has minimal name recognition in the west. We actually got to sit down and play Monster Hunter X for an extended period of time at TGS, and our impressions were positive. Gameplay felt incredibly tight and solid. Just like past Monster Hunter games, the world was colorful and lush, and of course monsters were varied and actually required timing and strategy to beat. It also adds the Hunter Art Gauge, specific to weapon types, which should add to variety and strategy. While Capcom has hinted that it plans to bring Monster Hunter X to North America and Europe, there’s no announced release date. 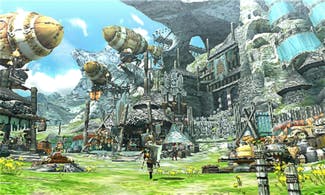 Sega dedicated a massive portion of its booth to the online hack-and-slash game during TGS. But why would Sega be so heavily promoting a game that’s been out for three years? Well, it’s because the game is making it’s way to the PlayStation 4. Fans have been craving another PSO game in the west since Phantasy Star Online Episode I & II, released on the Gamecube back in October of 2002.

Luckily Sega let us play the game at this year’s show, starting with a beginner demo. Since it was originally developed for PC and Vita, PSO 2 isn’t the most graphically impressive game on PS4. But that’s OK. Sometimes it’s not about the graphics. The combat is your standard hack-and-slash, but knowing PSO, there’s likely depth to the upgrade system. Just like the first Phantasy Star Online, the real joy comes down to getting a solid group of players to take down a massive enemy. Considering the massive success of the PS4 in the west, here’s hoping Sega announces something soon. (Yes, we know it is possible to Play PSO 2 in the U.S., but it’s not really that official. It’d be great to see a full U.S. release.) 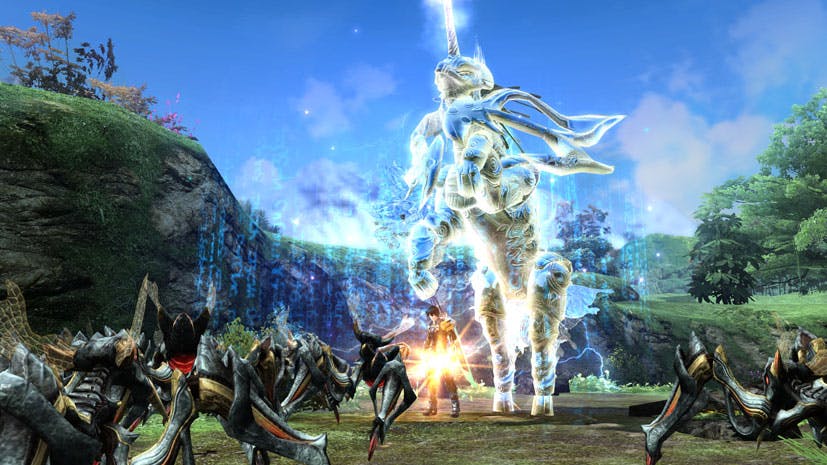