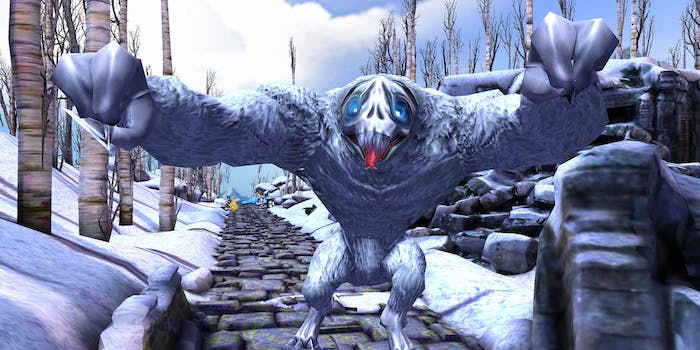 This popular mobile game is moving into virtual reality.

We’ve all been addicted to the Temple Run mobile game and its various clones since it was released a little more than a year ago. The simplicity of the game coupled with the classic highest-score concept yields something universally enjoyable.

With Virtual Reality headsets becoming more and more popular, it was only a matter of time before mobile game developers got in on the action. iMangi Studios, the team behind Temple Run, has announced it will be making a version of the game for Samsung’s Gear VR headset.

Rumblings of the VR revolution have been going on for the past two years. Here’s hoping Temple Run will bring the technology one step closer to consumers.