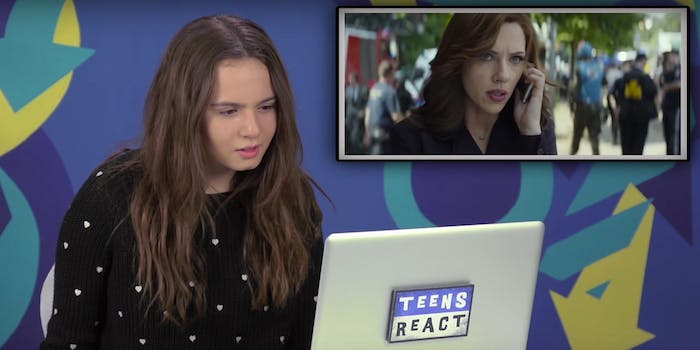 It'd be even harder if this debate happened in real life.

Captain America: Civil War is already dividing the Avengers, and now it’s even dividing the teens of Teens React.

Although at least one of them asked why it wasn’t being labeled as another Avengers movie, they were largely swept up in the hype that comes with a Captain America film. Seeing the two most dubious friends in the Marvel Cinematic Universe, Captain America and Iron Man, face off and divide cinema’s great heroes is irresistible.

But whose side of the fight are they on? In the movie, one clear winner emerges, but if that government registration act applied to real life, things would get a lot more complicated, because then we’d have to deal with it instead of leaving it to an organization like S.H.I.E.L.D. prior to The Winter Soldier.