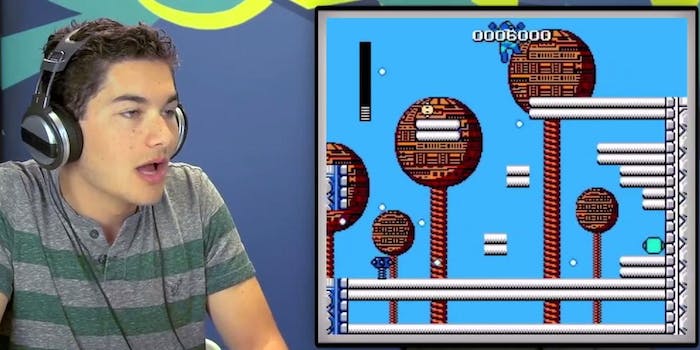 Nothing confounds and frustrates teenagers more than the original MegaMan

When MegaMan was released for the Nintendo Entertainment System in 1987, it wasn’t just a feat of gaming engineering—it was one of the most rigorous titles on the market. While kids today might think that type of 8-bit gaming is as archaic as pushing a hoop down the road with a stick compared to their fancy Twitch live streams, the Fine Brothers set out to prove otherwise.

As part of their wildly popular “Teens React” series, the YouTube duo brought in a group of teenagers and sat them down to play the Bombman level of the game with no assistance or briefing. What they filmed wasn’t just a few lost lives, but an all out bloodbath. As one player put it “It’s just death at every corner.”

Sure, your eSports team might make hundreds of thousands of dollars a year playing Call of Duty, but truly no one gamed harder than kids in the late ’80s.