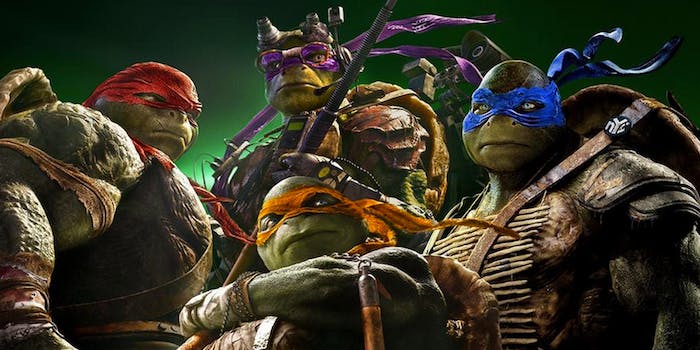 Paramount retracted the Australian promotional poster, but the damage was done.

It’s easy to make fun of the new Teenage Mutant Ninja Turtles reboot. The trailer looks like a Michael Bay parody and frightens children, and the first set of movie posters were weirdly phallic.

The latest TMNT problem, however, is less funny and more just offensive.

In a now-deleted tweet from Paramount Pictures, the Australian TMNT poster was revealed to be more than a little insensitive. The image showed the four turtles leaping from the roof of an exploding building, but Paramount’s poster designers had failed to take into account the film’s Australian release date: Sept. 11. 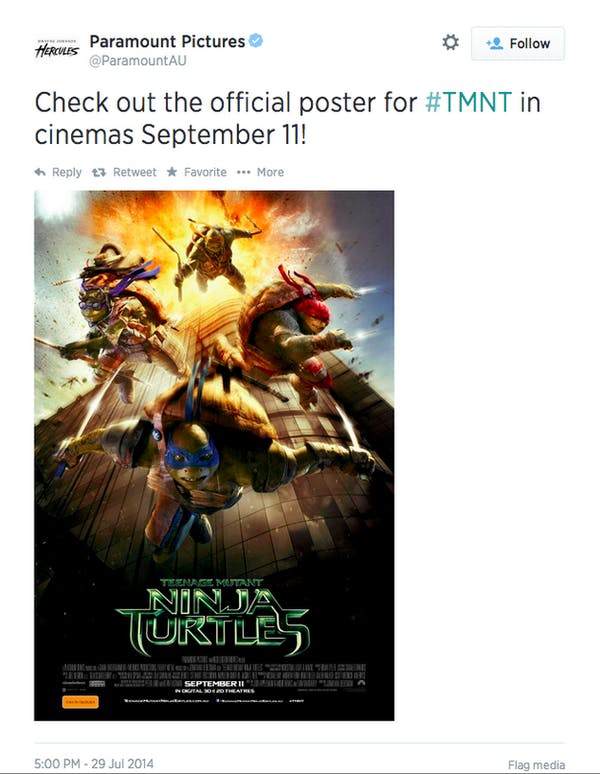 After a couple of hours of the poster being passed around by horrified Twitter users, Paramount Pictures removed the original tweet. But by then the damage was already done.

The simplest explanation for this poster is that Paramount simply took a pre-existing image and slapped the Australian release date on top. However, it’s not as if 9/11 is completely unknown outside the U.S. The studio should definitely have noticed the importance of the date—and the unfortunate connotations of the poster art . As it is, the poster chalks up to another mistake in TMNT’s ever-growing list of weird marketing decisions.