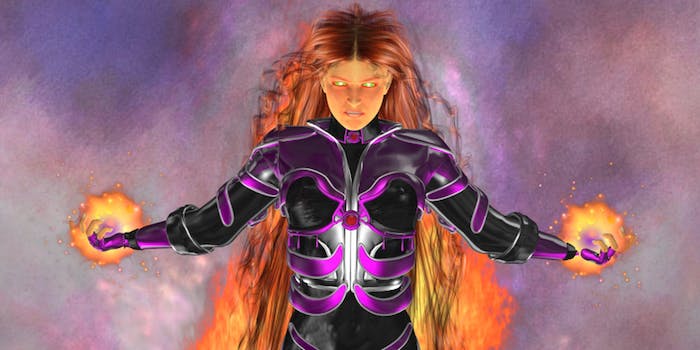 Here are the Teen Titans characters coming back to TV.

Teen Titans was a beloved cartoon series in the early 2000s, making it a prime choice for a live-action adaptation in our current heyday of superhero TV.

DC Comics and Warner Bros. announced their plans for a Teen Titans reboot last year, and now the Nerdist has gotten hold of the cast list for the show’s pilot episode. Renamed The Titans, the new version will star Nightwing, Barbara Gordon, Hawk and Dove, Raven, and Starfire.

Nightwing and Barbara Gordon are probably the best known outside of Teen Titans circles, as they’re both members of the Batman-family. According to the Nerdist, the new Titans version of Nightwing is still playing the role of Robin, but recently stopped working alongside Batman. Barbara Gordon (best known as Batgirl and as Commissioner Gordon’s daughter) will be reprising her fan-favorite role as a computer hacker, and while she isn’t referred to as Oracle in the casting call, she is using a wheelchair. This all points towards a solid foundation in Batman-adjacent canon, without actually being linked to the current Batman movie franchise or to Gotham.

Raven will be a popular character with the teen goths in the audience, a cloak-wearing empath with a wide variety of powers including teleportation, emotional manipulation, and astral projection. We’re guessing her superpowers will be narrowed down to stop things from getting too complicated.

Starfire is an alien superhero with a somewhat tumultuous history in DC Comics fandom. This page from the webcomic Shortpacked provides a succinct explanation of why she could be a controversial choice, as the character went from beloved kids’ cartoon to being an “amnesiac, emotionally-detached sex prop” who wears about three square inches of clothing at all times. However, we doubt the new Titans show will be going in that direction.

Our last two Titans, Hawk and Dove, come as a matched set. Along with potential romances between Nightwing and Barbara Gordon (and, let’s face it, probably half of the other characters as well), Hawk and Dove are being positioned as a romantic pairing — in the pilot episode, at least.

No other Titans-related information has been released so far, but we’re predicting a more lighthearted tone like The Flash. It’s difficult to imagine the show going for a “gritty and realistic” route with this many aliens, psychics, and part-bird superheroes involved.