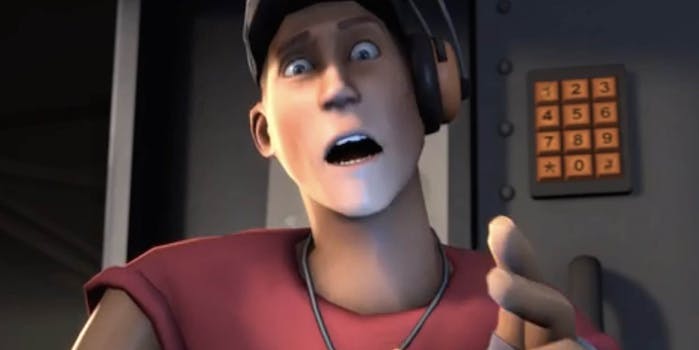 Finally, the game's cast of characters get the screen time they deserve.

To help promote the newest package of content for its free-to-play game Team Fortress 2, Valve has taken the unusual step of releasing a 15-minute short film created using the game’s distinctive cast of characters.

Team Fortress 2, released in 2007, is a popular team-based first person shooter game, well known for its cast of characters. Teams are made up of nine characters who have names like Scout, Medic and Soldier, according to their role.

The 15 minute film, titled Expiration Date, features all nine of Team Fortress 2‘s cast, as well as Miss Pauling, the “announcer’s assistant,” and tells the story of Scout’s love for Miss Pauling during the last few days of his life.

Pauling is too overworked to notice Scout’s affections for her, but with Spy’s help, Scout hopes he can lure her out of her workaday life and into a romance with him.

Meanwhile, Engineer discovers an unsettling, to say the least, problem with his teleportation device that might kill them all.