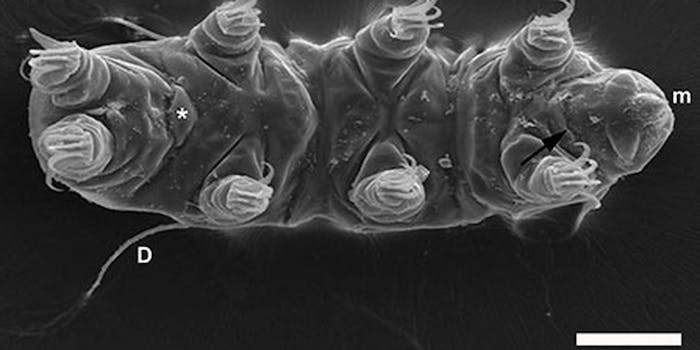 Scientists have discovered an adorable microscopic water bear in Antarctica

Scientists have discovered an incredible new species of water bear inside Antarctic moss.

Scientists just discovered a new species of tardigrade in Antarctica. You may ask, “a what-igrade?” Also known as water bears or moss piglets, these microscopic critters have captured the heart of many a science geek.

Here are some microscopic images of the new water bear: 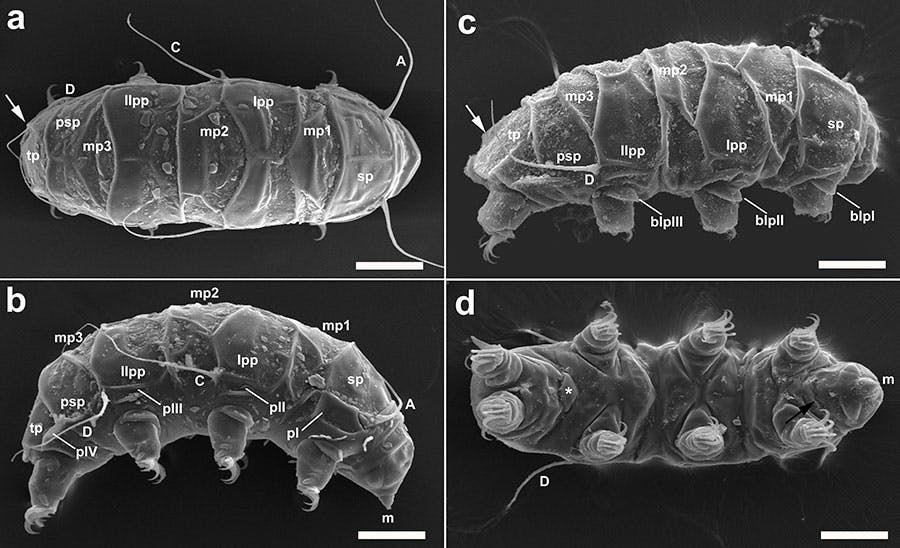 Yes, tardigrades are adorable, but it’s their extraordinary resilience that has piqued researchers’ interest. Water bears can survive years without water, coast around the world on the wind, and even tolerate space’s frozen vacuum. This handy ability to survive has given tardigrades immense success. More than 1000 species live around the world. They’ve been here for about 600 million years, a feat that makes them attractive to researchers studying evolution.

All tardigrades have four pairs of legs, which makes them look a bit like tiny, mutant bears. They even appear to have tiny paws on their stubby legs. Under the microscope, they are transparent and only about half a millimeter long.

The newly discovered tardigrade, called Mopsechinisucus franciscae, is special. “The genus has a lot of more primitive characteristics that suggest it is closer to the group’s more distant ancestors,” said Sandra J. McInnes, a tardigrade researcher with the British Antarctic Survey, in a news release.

McInnes was part of the group that discovered the new Antarctic tardigrade. Like many water bears, this species can be found living in moss. The researchers found members of M. franciscae in Crater Cirque, a lake in a glacier-carved depression in Victoria Land, Antarctica. A description of the new tardigrade, including a DNA analysis and pictures, debuted in the journal Polar Biology.

Water bears can survive extreme conditions like frigid Antarctic winters by desiccating, or drying out, almost completely. Some actually replace the water in their body with a sugar called trehalose. “That probably helps prevent a lot of the damage that normally occurs when you dry something down or when you rehydrate,” explained biologist Bob Goldstein in a Wired article.

Goldstein’s lab at the University of North Carolina at Chapel Hill is working on making water bears a model organism for scientific study. This doesn’t mean that they’ll be doing poses for science, but rather that tardigrades are good subjects for experiments. Fruit flies are another model organism that has taught us a lot about genetics and behavior. Tardigrades make good models for how to survive. For example, their reanimation powers might help us with preserving vaccines, which need to be kept cold during transportation around the world.

If your heart is almost exploding at the cuteness of this remarkable creature, never fear. You too can have a pet tardigrade, thanks to this wikiHow article.