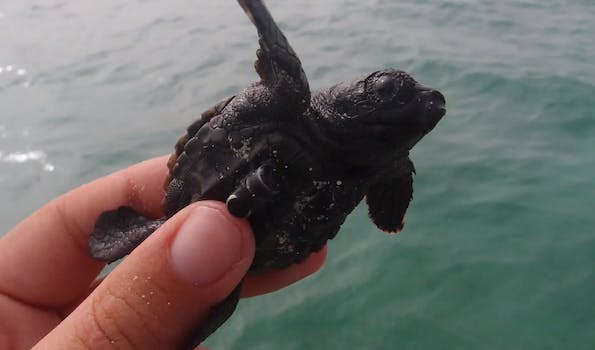 When loggerhead turtles hatch on the beach of Boavista, the easternmost of the Cape Verde islands, they head for the water to begin what biologists call a swimming frenzy.

The beach and coastal waters are full of predators, and the babies are tasty, nutritious and defenseless. They need to reach ocean currents as quickly as they can, to be carried to less dangerous waters.

This is the pattern of baby sea turtles in general, and scientists have had a good idea of what currents they ride. But they haven’t had a reliable way to track the turtles’ swims and see exactly how they manage their first hours.

With the help of a new gadget called a nano-tag, a miniature acoustic device that weighs less than two-hundredths of an ounce, Rebecca Scott and several colleagues for the first time got detailed records of the early hours of baby turtles, information that adds to understanding of this internationally endangered species.

“We were able to track newly hatched turtles from the beach to the open ocean,” said Dr. Scott, a researcher at the Geomar Helmholtz Center for Ocean Research in Kiel, Germany. “We’ve always known they’ve been swept away by ocean currents, but this is the first time we’ve been in the sea with them.”