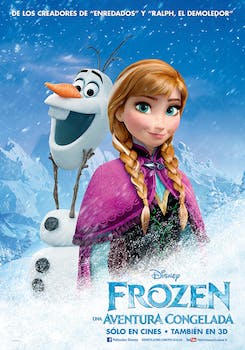 The world’s first academic conference on ‘Frozen’ is coming

Finally, they're opening up the gates—of academia, that is.

There’s no question that Frozen was one of the biggest cultural phenomenons of 2013–2014. But has it made enough of a cultural impact to be treated with the critical and academic regard afforded to other franchises?

An upcoming academic conference called the “Symfrozium” is arguing that it has.

The one-day conference will be held at the University of East Anglia in Norwich, England, on May 12. Tickets to the event have already sold out.

So what kinds of Frozen-related questions will acafans—academics who are also fans—be noodling during their brief visit to Arendelle? Feminist ones, mostly, spurred by the fact that almost all of the presenters are women. Check out some of the topics to be presented:

Woah. Beta males, body image, and building snowmen? We wish we could be a fly on this lecture hall wall.

But don’t fret if you weren’t able to nab a ticket or make your way to Norwich. The buzz for this conference means there will almost certainly be more Frozen on the academic menu in the future.