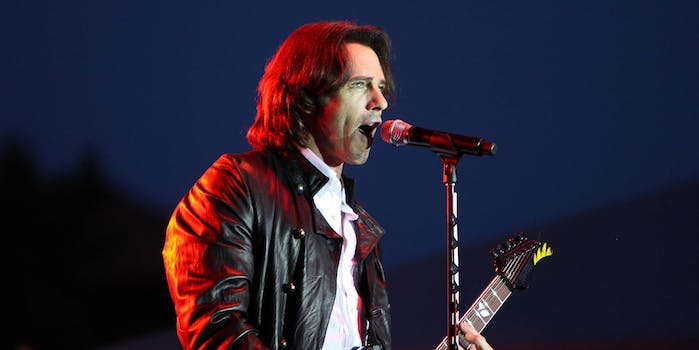 Season 12 of 'Supernatural' will rock you.

Supernatural is welcoming a new Lucifer at the start of season 12, in the form of “Jessie’s Girl” rocker Rick Springfield.

In a Hall H presentation, executive producers Bob Singer and Andrew Dabb revealed the Springfield will play Lucifer’s vessel in the form of a rockstar named Vince Vicente.

Springfield has shown his acting chops in True Detective and Ricki and The Flash, and his character will be a “washed-up aging rock star” who appears in the first few episodes of the season as Lucifer tries out different vessels.

“Lucifer got what he wanted last season, his face-to-face with God [Rob Benedict],” said Dabb. “Now he’s out in the world. We see Lucifer on vacation and he wants to have fun.”

The panel also saw two fans get engaged after the man, dressed as “fat Castiel” stood up to ask a fan question.

A couple just got engaged at the #supernatural panel!!! #sdcc pic.twitter.com/7G1LWEM5sB