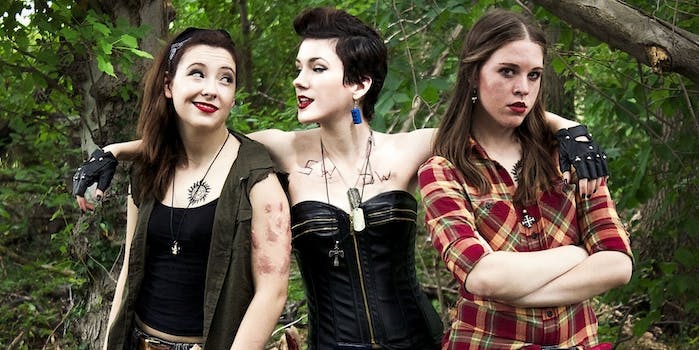 Here’s why ‘Supernatural’ fans are dressing up as Chevy Impalas

In Supernatural, three members of the Winchester family have appeared in almost every episode to date: Sam, Dean, and the Impala.

Nicknamed Baby, the Winchester brothers’ 1967 Chevrolet Impala is more than just a prop; it’s an iconic part of the show. That car has survived multiple apocalypses, served as Dean’s emotional crutch for decades, been destroyed and rebuilt by hand, and provided a comforting backdrop for innumerable heart-to-hearts between the main characters. It’s really no exaggeration to award it full-blown character status. 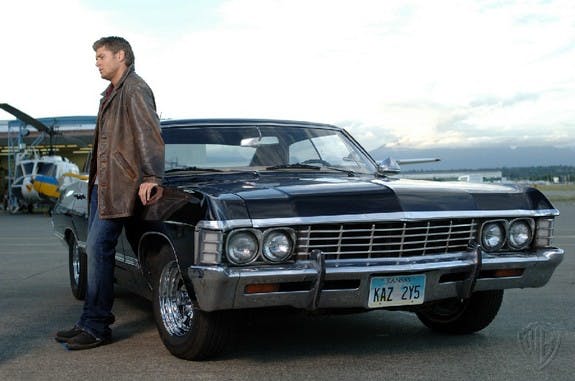 One of the ongoing problems for Supernatural fans is that cosplay options are slim. Castiel is the only major character with an especially memorable outfit, with Dean and Sam wearing jeans and plaid shirts in practically every episode. Plus, Castiel and the Winchester brothers are all white guys in their 30s, and Supernatural fans are, well, not all white guys in their 30s. You see the difficulty.

This, coupled with the Impala’s central role in the show, is the reason why Supernatural car cosplay is now a thing. If you’re dressing up as a human version of a car, you can look like anything you want. 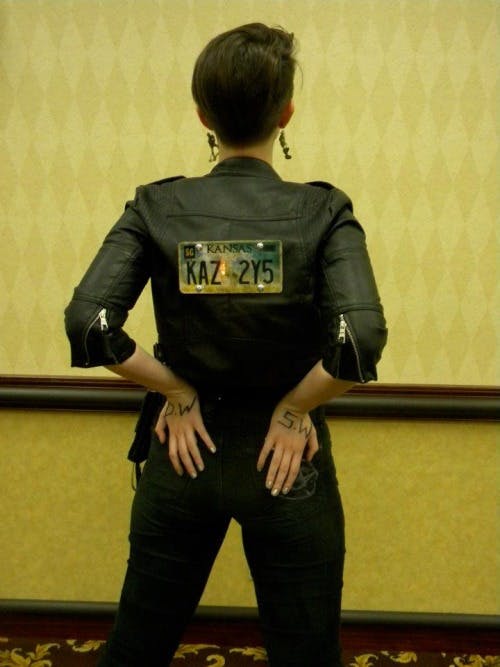 In radioactivemongoose‘s early Impala cosplay from 2012, you can already see most of the elements that quickly became part of Supernatural fandom’s image of a human Impala: black leather, the Kansas license plate. The Impala’s license plates are such a popular collector’s item that you can buy replicas on Amazon, along with T-shirts and various pieces of Etsy ephemera. 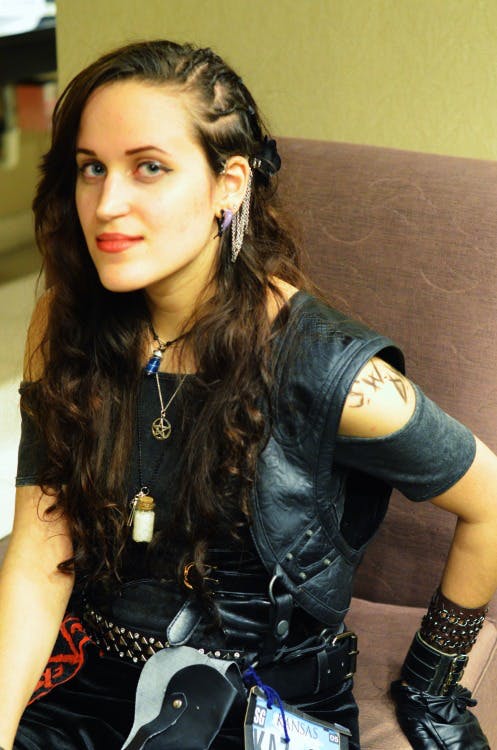 The Impala is a great choice for Supernatural cosplay because it’s recognizable enough that people will figure out pretty quickly what you’re trying to do, but fans can still be creative with their appearance. And, of course, they don’t have to worry about getting a wig or applying fake stubble to look like one of the show’s human protagonists. 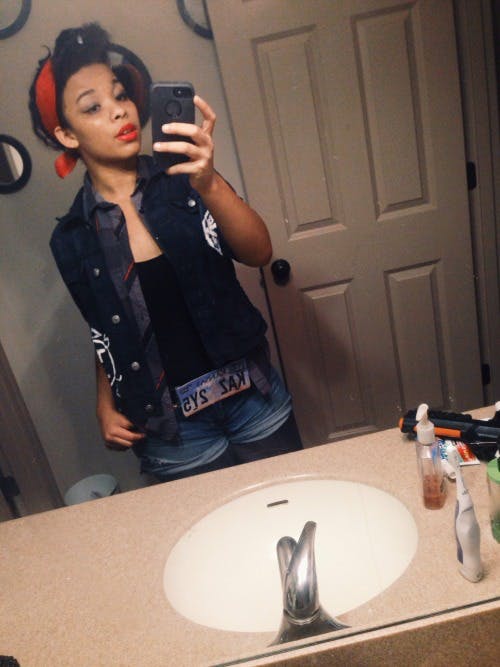 Other popular Impala accessories include Chevrolet jewelry and versions of the Winchester brothers’ demon-repelling tattoos. Although if you remove one or two of those items, the Impala is a pretty solid choice for stealth cosplay. 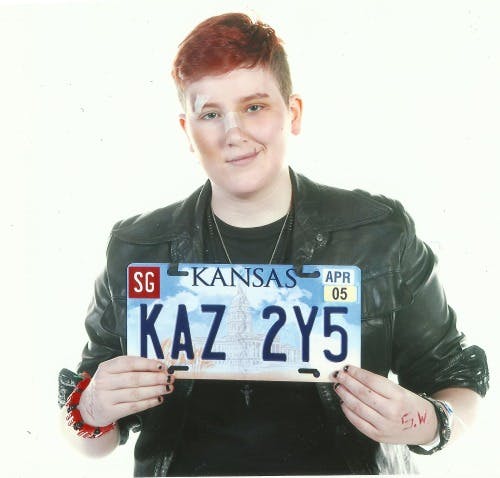 This next one from cosplayer Brutus Wayne is particularly detailed, including Impala-related props like the Legos Dean shoved into the car’s vents as a kid, and the toy soldier Sam stuck into the ashtray. 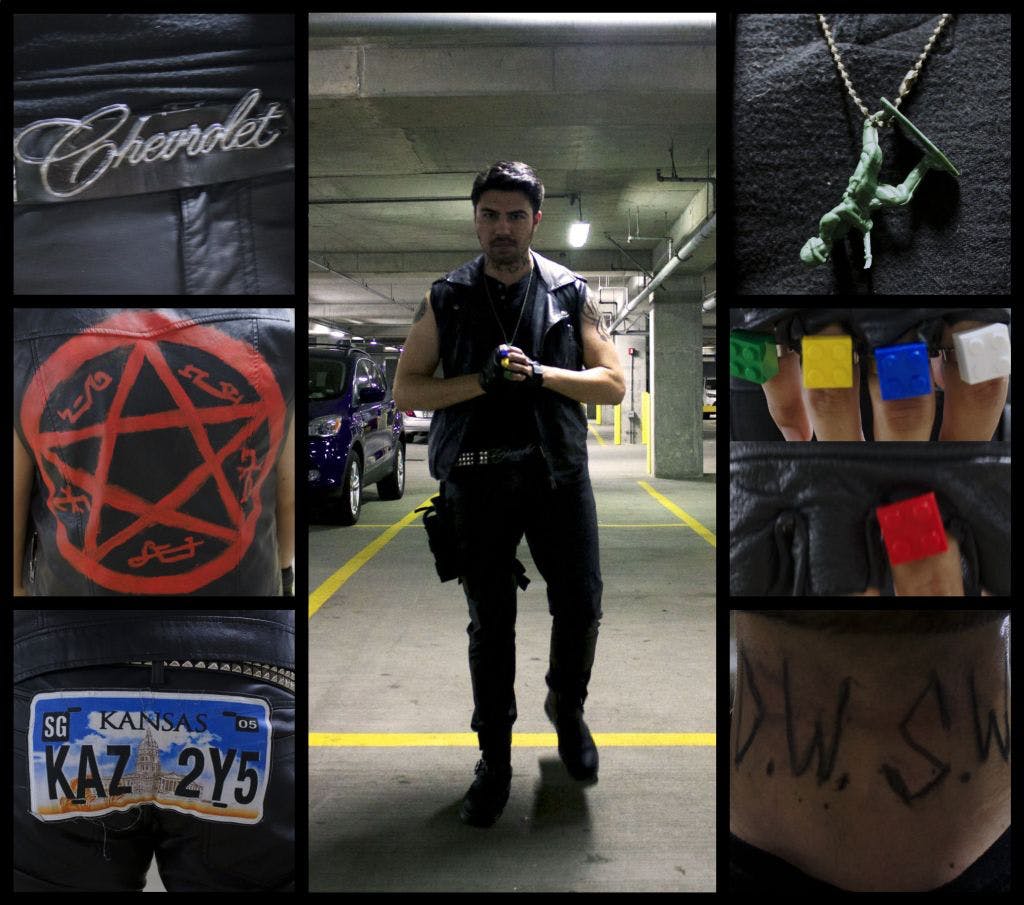 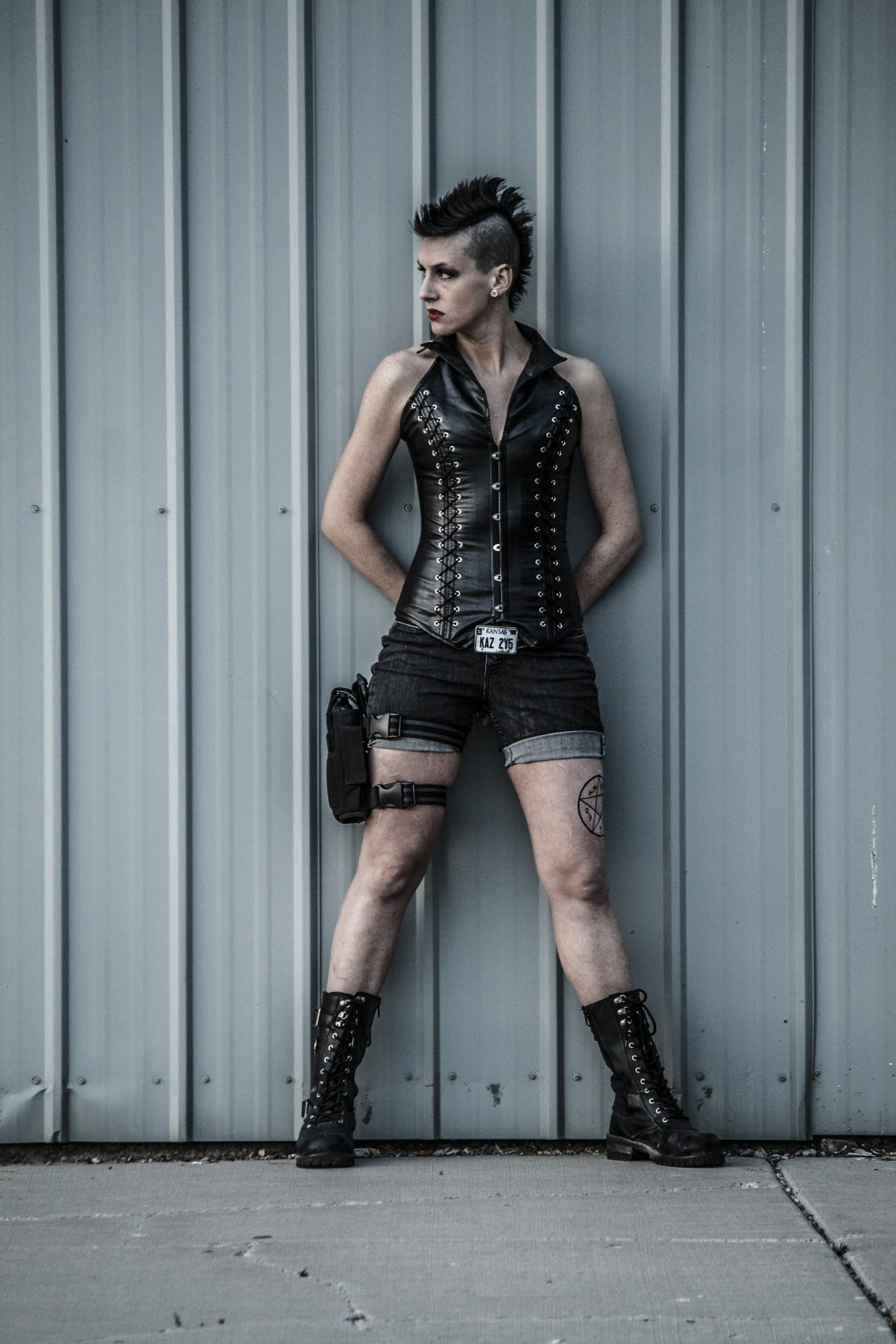 So, next time you see someone at a convention wearing a lot of black leather and a car license plate, you know who they are: Dean Winchester’s best friend, the Impala.