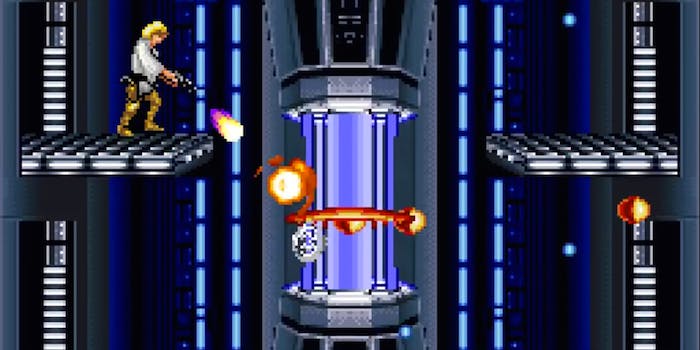 The game was first released in 1992 for the Super Nintendo Entertainment System.

Star Wars gamers have been anticipating Tuesday’s release of Battlefront for quite some time, but they may have felt a disturbance in the Force on Sunday when they learned that a classic Star Wars video game would resurface on the same day.

This isn’t the first time that the game has made a comeback. Nintendo re-released Super Star Wars for the Wii Virtual Console in 2009.

Super Star Wars for PS4 and PS Vita will be available Nov. 17.