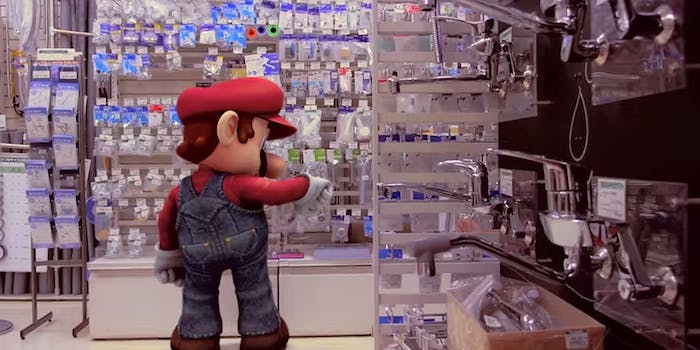 Apparently Yoshi wasn't around to give him a ride.

Dean Wright, a 3D artist and filmmaker living in Japan, put together the short. When Mario realizes in the middle of a plumbing supply run that he has somewhere to be, Mario puts his platformer skills to good use.

Commuters on public transportation could learn a thing or two from this video. And while it’s not an official video from Nintendo, it still makes for an excellent commercial.