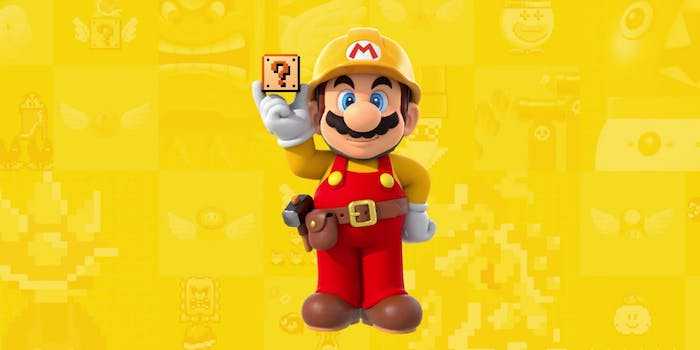 A review of past Mario games, and a sneak preview of the Mario games you’ll create in the future.

All your favorite Mario enemies, worlds, and music, are going to make for awesome Mario levels that you get to build.

Super Mario Maker, our favorite Nintendo game at E3 this year, combines a love of four existing Super Mario Bros. games with your ability to use the elements from those games to create and share entirely new Super Mario Bros. levels. Those levels can be shared online, provided they are not impossible to beat. But that doesn’t limit your creativity.

The new Super Mario Maker Nostalgia trailer runs you through the four Super Mario Bros. games that are the basis for all the elements in Mario Maker. The trailer then runs through some wild-looking levels that, going by the rules, ought to be levels you could beat. They all look extremely difficult.

Imagine speedrunners trying to get through some of those levels at the end of the trailer. The possibilities for Super Mario Maker are wide open—and that’s the point, right?