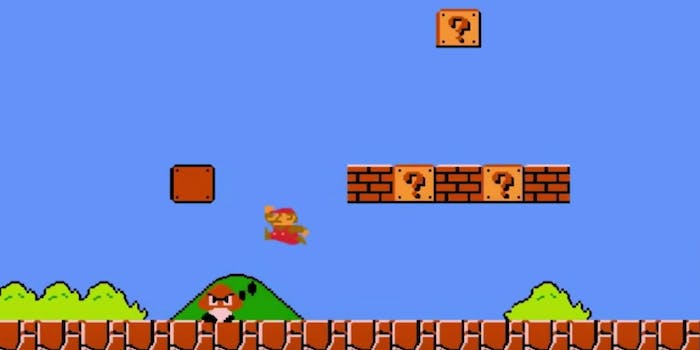 How much money should you spend on a vintage, mint-condition Super Mario Bros. NES cartridge? That remains an open question. But as for how much money a person needs to spend to get one, that’s been answered: Try about $30,000, as bidders on a recent eBay listing just learned.

The auction took place earlier this week, and it brought in an eye-popping amount of money. As startling as it might be to think of a 30-year-old video game selling for $30,000, this particular copy had something special going for it: It was still in its original plastic shrink-wrap, giving it a claim to perfect condition that’s rarely found in games of its age.

Normal, non-mint condition used copies of Super Mario Bros. frequently sell on eBay for anywhere from $30 to $60, depending on the quality of the cartridge and the packaging. The hyper-pricey one that sold earlier this week has the additional distinction of being a standalone Super Mario Bros. cartridge, produced before Nintendo started including combo Super Mario Bros./Duck Hunt games with every console sold from 1988 onward. In other words, it was a cartridge from an early run of the iconic game, which only increased its value.

The original, standalone Super Mario Bros. was first released in Japan and North America in 1985, a full 32 years ago. Needless to say, it’s hard to find products that last that long in their original packaging, much less still wrapped in plastic.

In this case, the seller was richly rewarded for their patience and care. For the record, anybody who wants to play the original Super Mario Bros. need not spend a fortune to do so. Anyone who owns a Nintendo system with access to the company’s Virtual Console store can download a copy of the game for a mere $5, a decidedly more manageable sum of money.