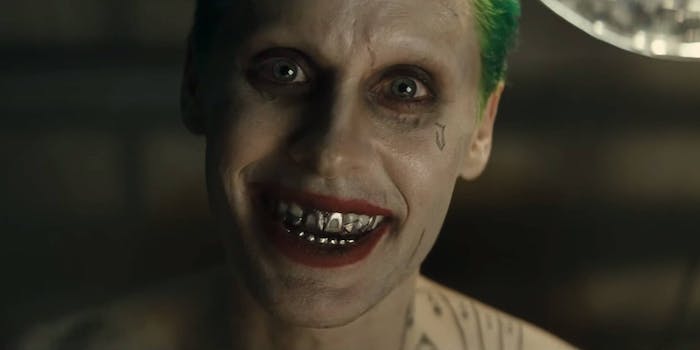 The San Diego Comic-Con trailer for 'Suicide Squad' is finally on the net.

Just when we thought Warner Bros. wouldn’t release the Suicide Squad trailer it showed fans this weekend at San Diego Comic-Con, the studio pulled a 180.

The studio’s official YouTube channel posted the trailer Monday afternoon, so you don’t have to look at it through the lens of someone’s shaky cell phone camera anymore.

In the trailer we get a glimpse of Jared Leto’s Joker, along with Margot Robbie’s Harley Quinn, and Will Smith’s Deadshot.

With all the trailer leaks that occurred over the weekend, studios have been reconsidering what to show at the largest comic convention in North America. Hopefully for fans, not much changes.

When a photo of Jared Leto’s Joker was released earlier this year, it was mocked and panned by many online. Now that we’re seeing him in action, we will see if opinions change.