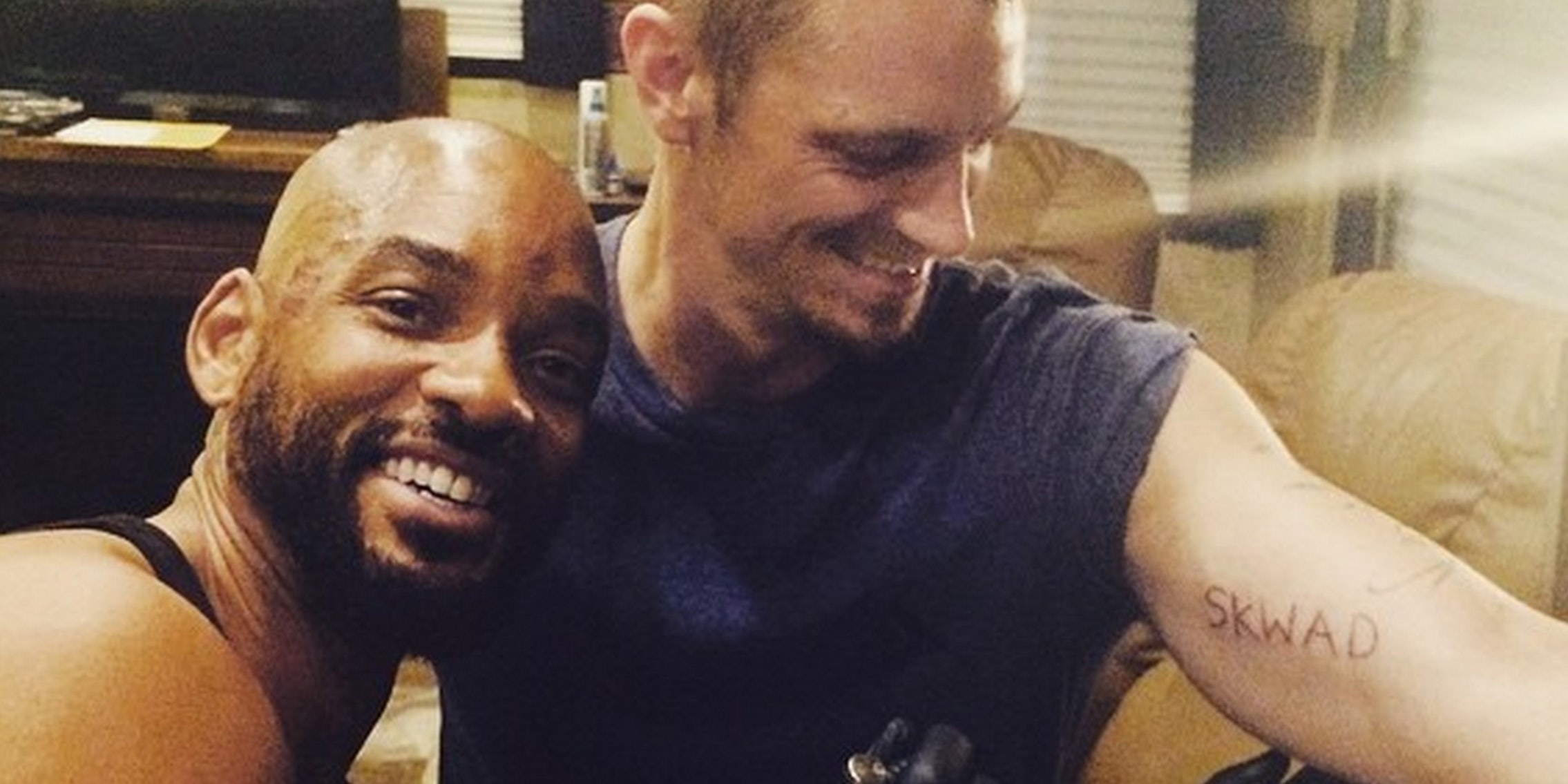 We’re really not sure what to make of the Suicide Squad cast. First, we heard about Jared Leto channeling the Joker by gifting his costars with rats, dead pigs, and bullets. Then, director David Ayer hired an on-set therapist for the cast.

Now, the Suicide Squad actors are giving each other tattoos. No, they’re not just getting matching tattoos; they’re actually tattooing each other’s bodies.

Actor Jai Courtney (Captain Boomerang) posted a photo of a matching tattoo on Instagram, as did Joel Kinnaman (Rick Flagg), who was tattooed by Will Smith (Deadshot).

Got my #skwad tattoo:) Will has many many talents, tattooing is not one of them. It was like watching a drunk baby fly a helicopter. #suicidesquad #willsmith #harleystattooparlour

On the one hand, it’s always cool to see actors forming a genuine bond on set. On the other hand, what if Suicide Squad bombs? What if none of them are friends after filming wraps? And did Will Smith, undoubtedly the most famous actor in the cast, get a tattoo alongside his B-list co-stars? We have so many questions.

It made sense for the Lord of the Rings cast to get matching tattoos after spending years riding through Middle-earth together. But Suicide Squad is only filming for a few months; those matching tats could easily turn into the movie equivalent of getting a tattoo of your high-school boyfriend’s name a month before you break up.

Still, this does give us another reason to hope Suicide Squad is good: those SKWAD tattoos will quickly become very embarrassing if it isn’t.