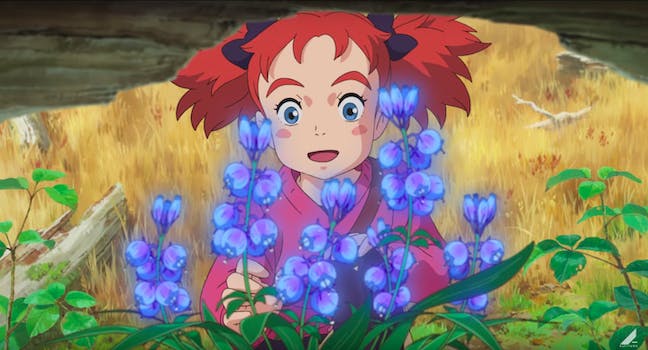 Watch the trailer for ‘Mary and the Witch’s Flower,’ a film from Studio Ghibli alum

A Japanese animation house—established by the minds behind a Studio Ghibli film—released the first full-length trailer Tuesday for its debut movie Mary and the Witch’s Flower.

Yoshiaki Nishimura and Hiromasa Yonebayashi formerly worked with Studio Ghibli’s Hayao Miyazaki on the Oscar-nominated film When Marnie Was There. After leaving Ghibli, Nishimura founded Studio Ponoc in 2015.

Based off of the 1971 children’s book The Little Broomstick by Mary Stewart, Mary and the Witch’s Flower revolves around a young girl who finds a flower that grants her magical powers, leading her to fly on a broomstick and enter a school for witches. After being deemed a prodigy, Mary discovers her teachers’ secretive extra-curricular activities and must use her powers to fix what’s going on around her.

While the film is debuting under the Studio Ponoc name, fans of previous Ghibli movies won’t be disappointed. The trailer shows that key Ghibli staples remain, like vivid colors, human-like animals, and a strong female lead.

The English version will include voiceovers from Kate Winslet, Jim Broadbent, and The BFG actress Ruby Barnhill as Mary.