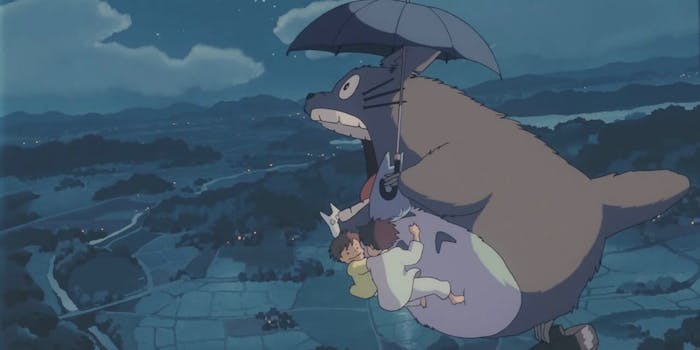 Studio Ghibli is about to make the magical worlds created by famed animator Hayao Miyazaki a reality.

Studio Ghibli producer Toshio Suzuki announced at a press conference Wednesday that the studio is planning to open a 200-acre Ghibli theme park at Aichi’s Expo Park (also known as Moricoro Park) in Nagoya, Japan. The park, which was home to the 2005 World Expo, will be based on the world created in My Neighbor Totoro, and the theme park will be a collaborative effort between Aichi’s Expo Park and Studio Ghibli. It’s unclear if other Ghibli properties will be included in the future.

The park is already home to one of My Neighbor Totoro’s staples. Although you probably won’t find Totoro there, it has been home to Satsuki and Mei’s house since 2005 when it was unveiled at the World Expo, and later included in Studio Ghibli exhibitions in 2008 and 2015. The home captures mid-to-late ’50s Japanese home life and has been a tourist destination for years.

Visitors are able to explore the house and touch everything in it, although there are certain restrictions on photography and video. Still, the house looks absolutely incredible.

Dad's office at Satsuki and Mei's house! Incredible collection of books on archeology! Do you know what their dad does?? ;) #ghibli #totoro #miyazaki #hayaomiyazaki #satsuki #mei #japan #nagoya

The Studio Ghibli theme park isn’t expected to open until around early 2020, but until then you can always visit the Ghibli Museum in West Tokyo to get your fix.