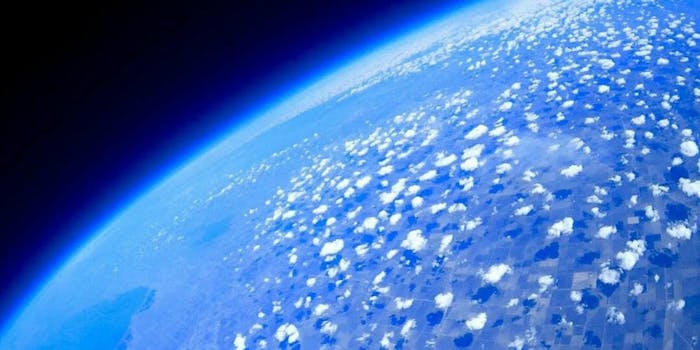 High school students took these near-space photos with a balloon

This sure beats the field trip to the local art museum.

High school students in Winnipeg, Canada captured remarkable images from a balloon they sent up to “near-space.”

The first photo was uploaded to Reddit by user _seamaster, a student involved in the project.

It received 61,000 upvotes after it was posted

Another redditor claiming to be the tracker of the payload says the balloon was at around 20 kilometers high, or 65,000 feet, when the first photo was taken. It traveled over 100 miles across Manitoba. The balloon was filled with helium, which could be remotely adjusted to change its height. Attached was a payload made of Styrofoam filled with an Arduino microcontroller, sensors, and two Mobius action cameras.

It should be noted that these images were taken using a fish-eye lens, which may have distorted the curvature of the Earth, creating a “bulge.”

The students say they want to try this again next year using a standard lens camera to see the Earth’s true curvature.