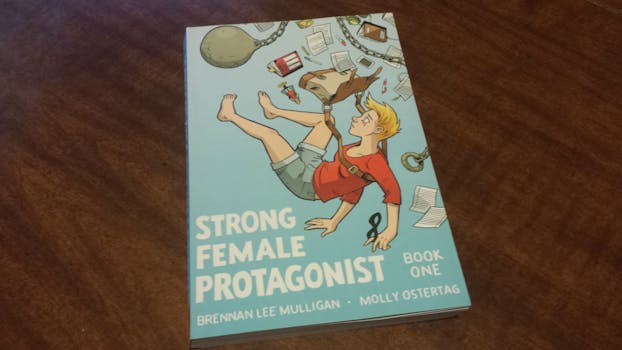 The print version of Strong Female Protagonist keeps the webcomic's magic alive with a little something extra.

The popular webcomic Strong Female Protagonist hit a major milestone when it funded a Kickstarter campaign this summer to create a print edition.

That crowdfunding campaign, which hit its goal in just nine hours, led to an announcement in September that the graphic novel version would be distributed by Top Shelf Productions. Now it’s finally here for fans to get their hands on.

Strong Female Protagonist: Book One collects issues 1 to 4 of the comic written by Brennan Lee Mulligan and drawn by Molly Ostertag. The story follows college student Alison Green who is described as having “super-strength, invincibility and a crippling sense of social injustice.” Green is a former teenage superhero who retired after a revelation by her arch enemy made her reconsider just how much defeating super villains is really helping the world. Now Green is looking for ways to make a difference when it comes to the world’s larger problems, though her superhero past is not something that’s easily left behind.

The comic is beloved by fans not just because of it’s great writing and eye-catching art, but because it does an amazing job of balancing being a fun comic about superheroes while examining a number of common superhero tropes. With Green as the main character, the appropriately named comic also deals with what exactly makes a strong female protagonist. When I interviewed Mulligan in June, he said both he and Ostertag had problems with the use of the term and who it typically described. As a result, the comic ended up being something of a writing exercise exploring “how do you create a character who is ‘strong’ in every sense of the word? What are all the various connotations of the word ‘strong’ in describing a literary character?”

Mulligan and Ostertag succeed in exploring these issues while making the comic funny and a generally enjoyable read. As someone who had not quite caught up on the webcomic, it was nice to be able to sit and read all four issues without needing my computer. Except for the chapter title pages, the art is all black and white, just like the webcomic before the transition to full color for issue 5. Ostertag doesn’t need color to express everything shown through her art.

One of the standout touches in the print edition is the inclusion of the hover text, or alt text, from the webcomic to each page. This text can be found on many webcomics including Strong Female Protagonist and usually appears when readers hold their cursor over the comic page. The hover text tends to include commentary from the writer or artist about that day’s panel. 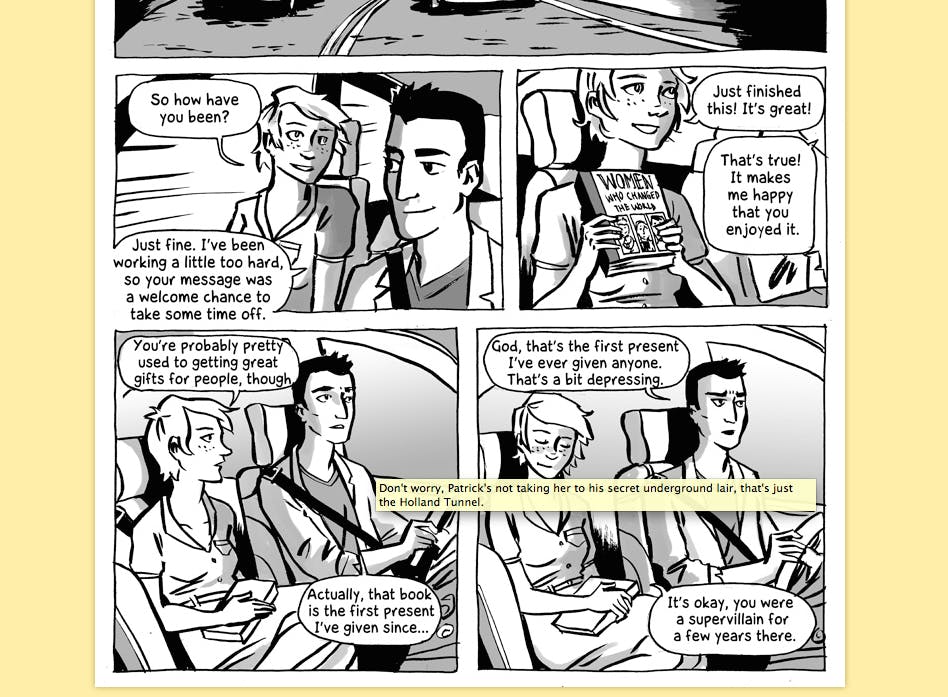 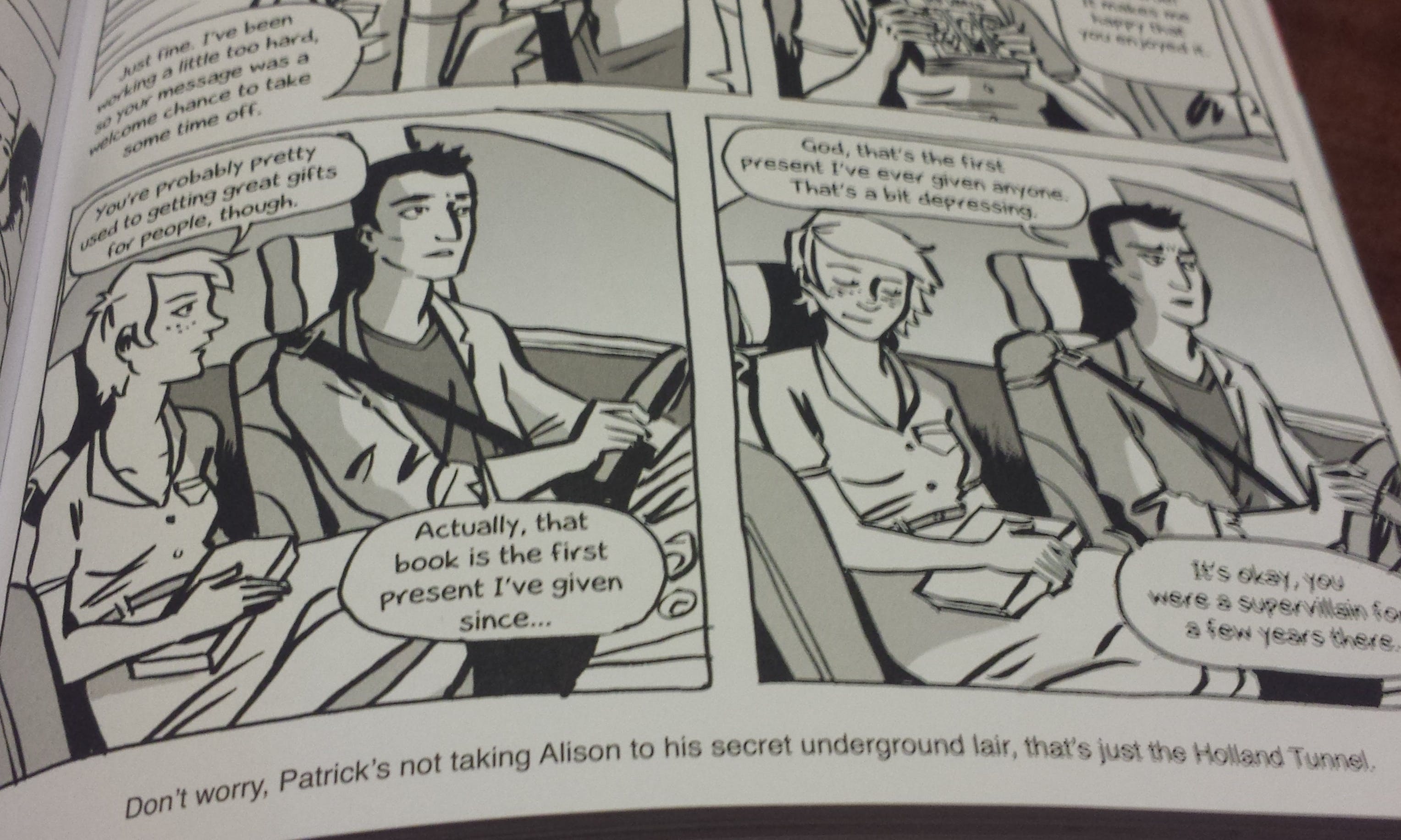 As someone who regularly forgets to check the alt text, it was nice to see it included in the book underneath each comic. It added something a little extra to every page, whether it was a joke or additional information about something happening in the story.

Overall Strong Female Protagonist kept everything that makes it a great webcomic in this transition to book form, while taking advantage of the perks of being in print. The book is perfect for longtime fans and especially for new readers who are interested starting their adventure with Green. Since the webcomic is only up to issue 5 online, a few days with the graphic novel will have you almost all caught up and ready to start following the updates every Tuesday and Friday.

You can purchase a copy of Strong Female Protagonist Book One for $20 on the comic’s website.