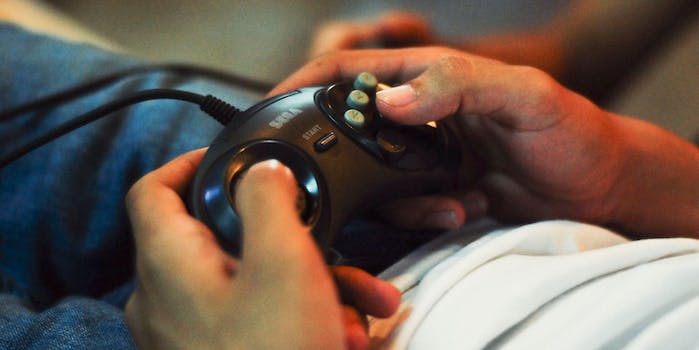 Someone on A&E‘s Storage Wars finally made off with a massive steal, and the estimated $45,000 profit isn’t even the best part—the winner’s storage unit was filled with an estimated 3,000 classic video games.

On the April 12 episode of the series, which follows several thrifting and pawn shop groups as they compete in bidding wars at storage unit auctions, bidder Rene Nezhoda struck gold in Orange, California after winning a storage unit filled with Sega Genesis, Super NES, Nintendo 64, and NES games.

In the show, bidders can look at the unit beforehand, but can’t walk inside or touch any of the unit’s possessions. But stills from the show revealed promise—from the outside bidders could see a Sega Master System, a Super NES Game Genie code book, a Vextrex game system, and more, sure hints of other gaming-related treasure.

Nexhoda snagged the locker for a measly $1,500, a figure that’s relatively low in comparison to other bids made on the show and one that wouldn’t have put him in the hole if the unit’s clues turned out to be red herrings. After obtaining the unit, Nezhoda and his gaming-expert friend Fluffy, classic gaming YouTuber Phillip Braden aka “Fluffy Gamer,” rifled through the unit’s boxes, eventually estimating that the games could sell for at least $45,000.

Braden’s posted a video summary of their find on his channel, while Nexhoda uploaded a 10-part series of his games inventory to his channel. Watch the video of his N64 inventory below: