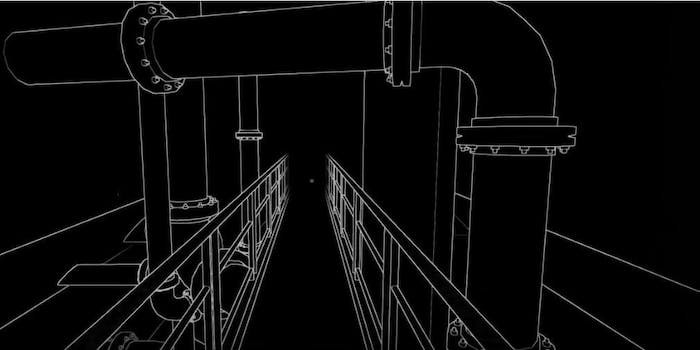 Stifled could very well be this Halloween's creepiest game release.

Stifled, a spooky sound-based horror game for PlayStation VR, is set to make its debut just in time for the creepiest day of the year: Halloween. Featured in Sony’s press conference for Paris Game Week on Monday, the title relies on mic input to help players navigate through the game like a bat using echolocation. There’s only one catch: Things that go bump in the night are also attracted to noise.

“In Stifled, you play as David Ridley, a man whose mind is slowly fracturing under the weight of a heart-breaking experience which has turned his world dark,” reads the game’s latest press release. “You will find yourself in a pitch black world which is illuminated by the sounds you make. To light your path, you will come across items which you can pick up and throw, making tactical sounds as you go. This world is one where sound reveals your surroundings but also highlights your location to the enemies lurking in the darkness tracking you, so sound is your only resource, but also your greatest enemy.”

To stay alive in the game, players must toe the line between making enough sound to see and being quiet enough to remain unseen. Will you be creeping through this maze of horror this Halloween?