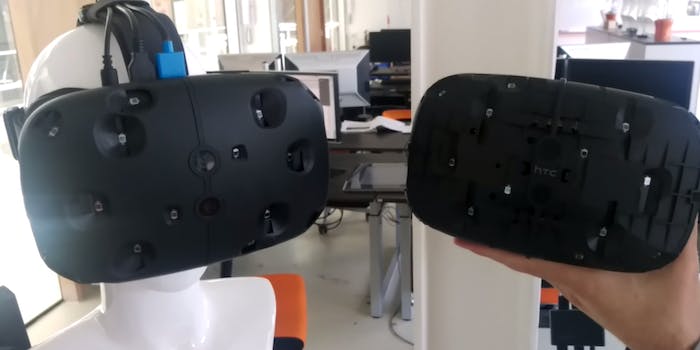 You could be doing your own unboxing later this year.

The plain cardboard box your SteamVR gear may arrive in belies the virtual-reality magic contained within.

That’s assuming the consumer model of the HTC Vive hardware (developed in partnership with Valve Software to support the SteamVR system we demo’ed at the Game Developers Conference in March) will arrive in the same sort of packaging as this developer edition. Vertigo Games recently received the magical package, and shared the exciting unboxing with its YouTube audience.

We think this is a good preview of what the consumer models might look like.On its Steam store, Valve states that consumer versions of this hardware will be made available “later in 2015.” We reported on Thursday a Nov. 10 release date for the rest of Valve’s new hardware push, the Steam Machines, Steam Link, and Steam Controller.

SteamVR is close, and the HTC Vive Developer Editions are just going out this month. There probably won’t be lots of big changes before consumers get the option to buy. You can read the instruction manual for the developer edition hardware, if you’re curious as to how the gear might look when it’s set up in your living room.