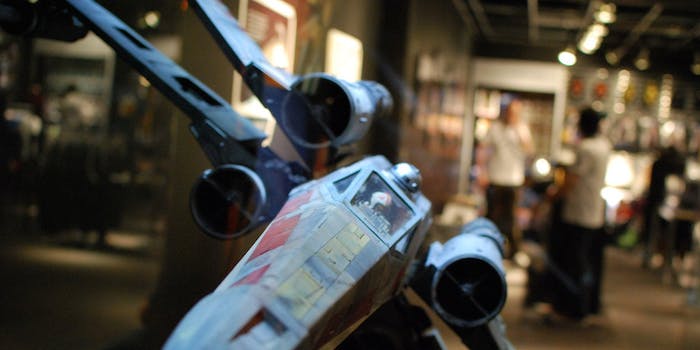 Star Wars: X-Wing and Star Wars: TIE Fighter, two beloved computer games from the ‘90s, are getting downloadable, $10 re-releases via Good Old Games. This is thanks to a new partnership with Disney that will eventually mean the re-release of “about 30” classic LucasArts games.

Both will be tweaked with improved sound and resolution. It appears that both will be available for purchase Tuesday.

The news was budgeted as a larger announcement but the Internet ripped off the packaging before Christmas morning Monday. Put that on Good Old Games for posting the information early on a since-deleted forum noticed by NeoGAF gaming community poster, Sir_Crocodile.

The day has finally come and the holy grail of classic gaming has arrived on GOG.com. Welcome, Lucasfilm games! You are among friends, here! We’re proud to announce a new partnership with ©Disney that allows for the DRM-free release of about 30 classic titles from the cult-classic developer. We know you waited long for this moment, so we want to reunite you with those golden oldies with as little delay as possible. Today, to start with a bang, we are releasing a selection of 6 acclaimed titles from Lucas’ most famous gaming franchises, so that the Disney/Lucasfilm catalog on GOG.com is made impressive from day one. Here are the great titles you can get right away:

Indiana Jones® and the Fate of Atlantis™

X-Wing and Tie Fighter were DOS-based titles from 1993 and 1994, respectively. Longtime fans had long-since given up the notion of seeing those titles as ever resurfacing. Time to reenlist in the Rebel Alliance.