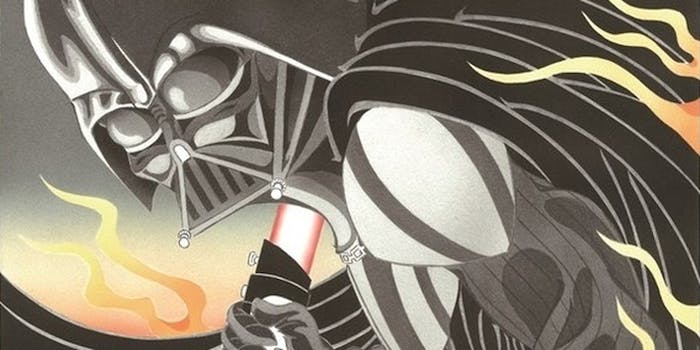 Your bank account may cry out and be suddenly silenced.

Traditional Japanese woodblock printing is a centuries old process that produces striking, gorgeous images that are unmistakably Japanese. The last thing you’d probably expect to see getting the woodblock treatment is Darth Vader, but he and some other iconic Star Wars characters and scenes are the subject of a new project on the Japanese crowdfunding site Makuake. 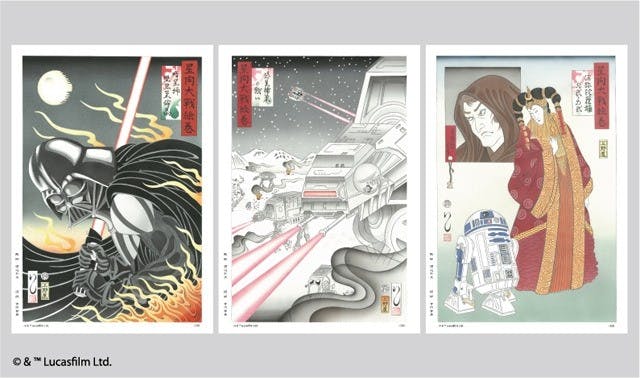 Produced in extremely limited quantities, a trio of woodblocks featuring Darth Vader, R2-D2, and the Battle of Hoth were designed by artist Masumi Ishikawa, and carved in a traditional style by some extremely talented engravers. The resulting woodblock is like a giant stamper onto which pigment is applied. Successive contact with the paper using various colors produces the image, which in this case is both extremely gorgeous and totally geeky.

These Star Wars themed prints are limited to 200 each, and are officially licensed by Lucasfilm itself, which adds an extra bit of authenticity to the whole affair. If you want to throw your money in the ring and pick up one or more of these beauties, brush up on your Japanese and check out the project itself.