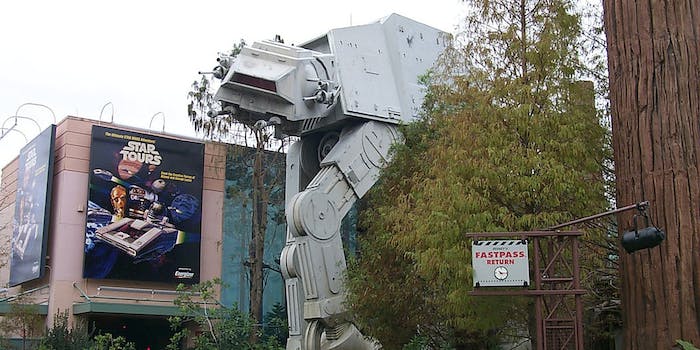 Here’s why it’s a really, really good time to be a Star Wars fan

Fans of a galaxy far, far away will have a lot to look forward to before the release of Star Wars Episode VII in December 2015.

In April Star Wars Celebration, a convention celebrating the franchise that takes place every few years, will be held in Anaheim, Calif., from April 16 to 19. Lucasfilm revealed this week that not only will Star Wars: Rebels executive producer Dave Filoni be attending the convention, but fans can get involved in the fun. Podcasters interested in covering the event now have the opportunity to be in the middle of the action thanks to a brand new Celebration Podcast Stage. According to the Celebration website, the stage will be a permanent space and also have room for an audience. Considering the dedication and influence of podcasts in the Star Wars fandom, this is a great new addition to the event.

The podcast stage isn’t the only way fan involvement is growing next year. On Thursday, StarWars.com revealed the return of the Star Wars Fan Film Awards. It’s been three years since the last awards, making this the first time the contest will be held with Lucasfilm under new ownership by Disney. According to the post, “with Star Wars entering an unprecedented new era of creativity, Lucasfilm is thrilled to bring back the Star Wars Fan Film Awards.” The best films will be screened at Celebration.

With so much planned for Celebration, it might be the place we’ll learn more about Star Wars further entering the world of Disney theme parks if hints dropped by Disney Chairman and CEO Bob Iger are any indication.

“[Disney’s] also developing ideas and designs for a far greater Star Wars presence in our parks…We expect to provide details about this sometime next year,” Iger said during a call with investors this week.

Whether Disney decides to use Star Wars to create a large, separate addition to compete with Universal’s The Wizarding World of Harry Potter or just add rides and venues here and there remains to be seen. The timing is right for possible reveals during Celebration though.

Until all the 2015 excitement, fans at least have the new animated show Rebels on the horizon. All of this news was bookmarked by an extended preview of the show’s premiere at the beginning of the week and on Friday a new exclusive clip released through IGN.

According to IGN, the clip is part of a new short titled “The Machine in the Ghost.” This will be the first of four new Rebels shorts to air on Disney XD on Monday after Gravity Falls. The next three will air the following Monday nights.

While 2015 may seem like a long time to wait for everything Lucasfilm and Disney are teasing this week, at least we only have two more months to wait for the Rebels premiere in October.