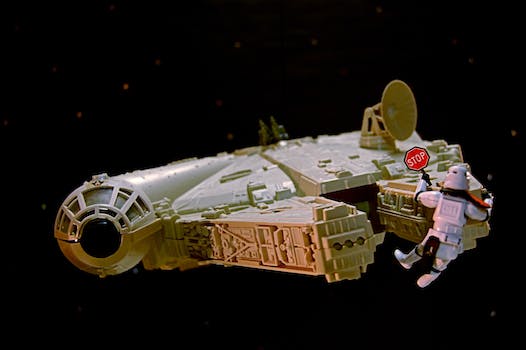 The Star Wars crew finally announced the end of principal production on Episode VII, days after news of the wrap party and director J.J. Abrams’ thank you note made their way online. We also got a surprise we weren’t expecting.

We now have an official subtitle for Episode VII, and it’s a real snoozer.

The official page for The Force Awakens has been updated with a logo to reflect the new title. Noticeably absent is the “Episode VII” we’ve seen in previous promotion.

Like with almost everything surrounding the production, little is known about the significance of the name. Chances are it will make a lot more sense once we finally see the movie (or when enough new spoilers leak). Past rumored titles included A New Dawn and The Ancient Fear, but this appears to be the first time The Force Awakens has come up.

But Star Wars fandom, which has waited years for this movie, is decidedly mixed on the title. For one, The Force Awakens easily sets itself up for a whole lot of sleeper jokes, and fans on Twitter are already getting to them. It’s only a matter of time before we have parody videos of Jedi Knights and Siths in their pajamas.

So the force was asleep for 30 years..#starwars

When was the force sleeping? #StarWars #StarWarsEpisodeVII

And whether it’s because people don’t actually like the title or that they’re just having fun mocking it, the parody titles are already strong with this film. In a matter of minutes, it’s already become a meme.

ok may have to go see this pic.twitter.com/BtdlWOIYot

That IS a weird Star Wars title. pic.twitter.com/5D5ucqXC12

If Disney wants the real traffic, they’ll go with Star Wars: The Force Awakens And You’ll Never Believe What It Sees Next

But beyond the puns and memes, the title could have deeper meaning than even the people behind it intended. We probably won’t know until we get the next major update. If nothing else, we’ll have a year to warm up to it.

So the new #StarWars has a title #TheForceAwakens eh? Kinda ambiguous and that’s how I’d sum up my enthusiasm for it. It may grow on me.

THE FORCE AWAKENS is a perfectly simple, almost meta title. #StarWars has been a sleeping giant in wider pop culture too long. Get ready…