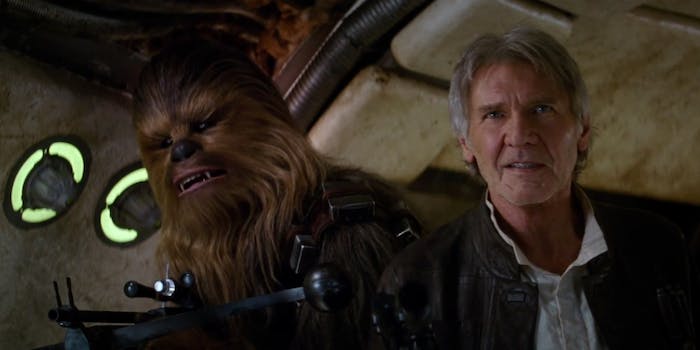 It was a day of general rejoicing for Star Wars fans. At the Star Wars Celebration mega-event in Anaheim today, we finally got a look at the second teaser trailer.

The trailer debuted online almost simultaneously, and here it is.

Despite being barely two minutes long, this teaser is incredibly exciting. It gives us that familiar tingly feeling that tells us a new Star Wars movie is on the way. And it doesn’t hurt that every single image coming out of the film looks amazing.

While the first teaser, released in November, concentrated on the new cast members, this one went back to our old favorites, including Luke and Leia.

What a day to celebrate, indeed.