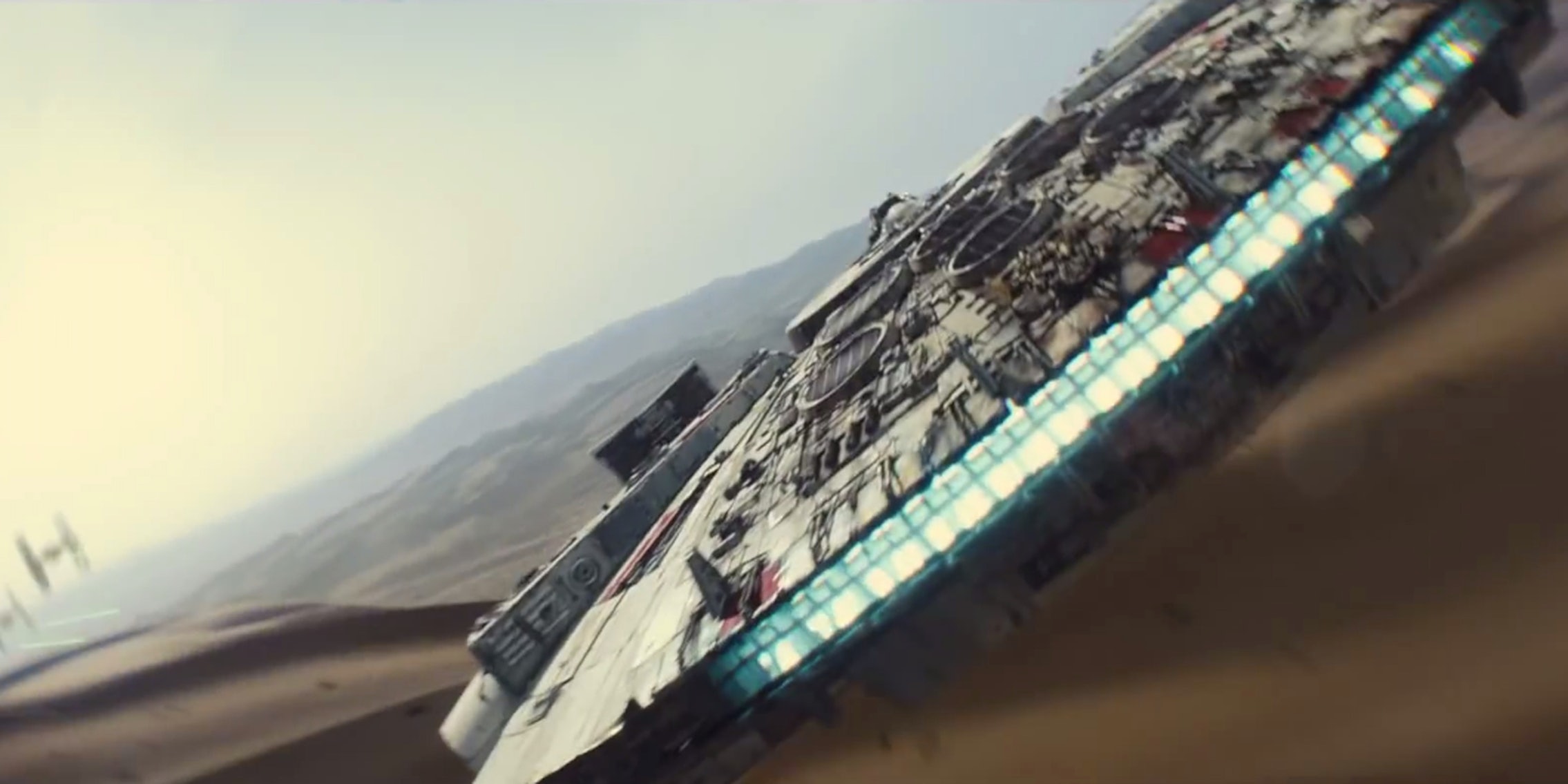 Star Wars: The Force Awakens merchandise (including your very own BB-8 droid) is just months away from overwhelming store shelves and our wallets, but leaked Lego set pictures are already revealing tiny tidbits about the new movie.

The Star Wars and Lego fansite From Bricks to Bothans first posted the photos Wednesday morning. They’ve since removed the images at the request of Lego, a fact that lends credibility to the photos’ authenticity. Lucasfilm and Lego did not respond to our requests for comment.

The photos spread rapidly as soon as they were posted, meaning Lego will never be able to fully eradicate them.

The X-wing fighter set suggests that the X-wing we’ve seen in the two teaser trailers belongs to Poe Dameron, a Resistance pilot played Oscar Isaac in the film.

The other set, featuring the Millennium Falcon, includes seven characters. We’ve seen most of them before, whether in the old films (Han Solo and Chewbacca) or the new teasers (Finn, Rey, and BB-8). But the images reveal two new characters, a “Kanjiklub Gang Member” and someone named Tasu Leech.

Based on the action of the Lego box, it would appear that the heroes have a run-in with Tasu Leech, who may be the leader of the Kanjiklub gang. By the looks of the box, this encounter might take place on the desert planet of Jakku, which is shown in both trailers.

Entertainment Weekly believes that the actor playing Tasu Leech is Yayan Ruhian, based on The Force Awakens‘ IMDb page. But that page is not always a reliable source of casting information, as anyone with an IMDb account can submit information to it.

For now, we’re left to speculate about Tasu Leech and the Kanjiklub gang until The Force Awakens merchandise floods onto shelves on Sept. 4.