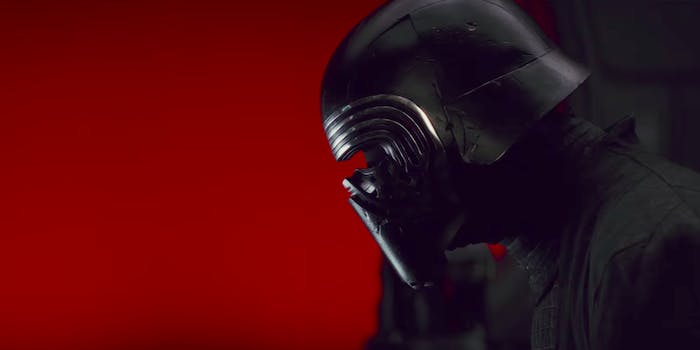 Disney has some strict rules for theaters playing ‘Star Wars: The Last Jedi’

Disney's box office success in recent years gives it the power to call the shots with movie theaters.

When it comes to the movie business, the Force is with Disney, and the company is laying down tougher rules for theaters that want to show Star Wars: The Last Jedi.

According to a report from the Wall Street Journal, the rules for the Star Wars sequel have been called “unprecedented,” including an increased cut of ticket sales and specific rules on which auditoriums can show the film. While most studios take in 55 to 60 percent of ticket sale revenue from new releases, Disney wants 65 percent of ticket revenue from The Last Jedi. That’s up from 64 percent for the last two Star Wars movies. The rules also require theaters to screen The Last Jedi in their biggest auditoriums for a minimum of four weeks. (That’s a rule Disney has implemented for its previous Star Wars releases.) Finally, theaters may not market the movie before Disney gives approval.

Seem like a bit much? There’s an even bigger catch. Disney can take an additional 5 percent of ticket sales from any theater that breaks the rules. This means the company could take up to 70 percent of ticket revenue from any rule-breaker.

There is only one possible (yet unlikely) loophole: The rules only go into effect if the film grosses $500 million in the United States and Canada. How likely is that to happen? Well, The Force Awakens earned $936 million domestically, while Rogue One took in $523 million. So, the possibility that any theater will be able to get out of following these rules looks pretty slim.

But theaters will likely follow the rules without complaint anyway. After all, Disney is the most profitable film producer nationwide, and its market share of box office revenue was 25 percent in 2016. No theater would want to miss out on Star Wars money, even if that means bending the knee to their Disney king.

Star Wars: The Last Jedi is in theaters on Dec. 15.