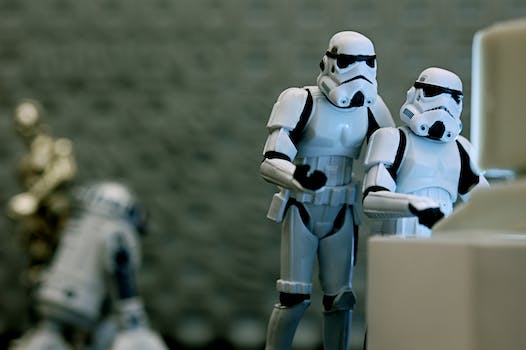 This science fiction franchise beat 31 other moments to claim the top spot.

Choosing the most significant moment in geek history is a tall order, but if anything could win, it would be Star Wars. As it turned out, that’s exactly what happened in Fast Company’s appropriately named “What is the Greatest Moment in Geek History?” poll.

Fast Company asked readers to vote in a March Madness-style bracket featuring 32 abstract moments or entities from geek history. The website revealed the winner at South by Southwest on Sunday, and there was a disturbance in the Force as the news skyrocketed around the Internet.

Because the Internet had, in fact, voted Star Wars above itself. The epic space-fantasy franchise that launched in 1977 beat the Internet in the final round.

Star Wars lagged at first, but it then took the lead thanks to a strong social media push on social media. It then gave up that lead for a few perilous hours before finally reclaiming it and cinching the title shortly before the competition ended.

To reach the last round, Star Wars and the Internet beat DNA and Ada Lovelace in a final-four matchup. During Star Wars’ journey to the top, the franchise also defeated Dungeons & Dragons, YouTube, and Star Trek.

Steve Sansweet, a former Lucasfilm employee and the owner of Rancho Obi-Wan, the world’s largest private Star Wars collection, told Fast Company that George Lucas’ original film “did more to launch geek culture as we know it today than any other single event in the history of geekdom.”

“It had—and continues to have—a unique pull on three generations and millions of people worldwide,” Sansweet said. “It helped change ‘geek’ from a pejorative to, in the eyes of Hollywood and the licensing business, someone to court.”

Clearly, many of the more than 10,000 voters in Fast Company’s bracket agreed. Long live the Force of movies, toys, books, and costumes.