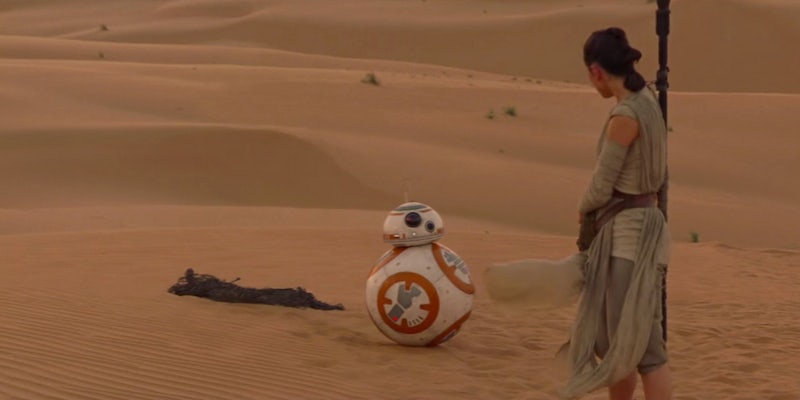 The main protagonist of The Force Awakens is the latest addition to the Underrepresented Female Merch Club—a group fans had hoped she wouldn’t join.

Star Wars fans have been able to purchase Rey, who’s been made into action figures, Funko dolls, toys, and even Legos available to purchase since Force Friday; Captain Phasma has also been widely available. That might partially explain why people didn’t notice that Rey was missing from from a six-pack action figure set until recently.

The set, which was produced by Hasbro and is being sold at Target, costs $44.99 and features Finn, Poe Dameron, Chewbacca, Kylo Ren, a First Order TIE fighter, and a First Order stormtrooper. 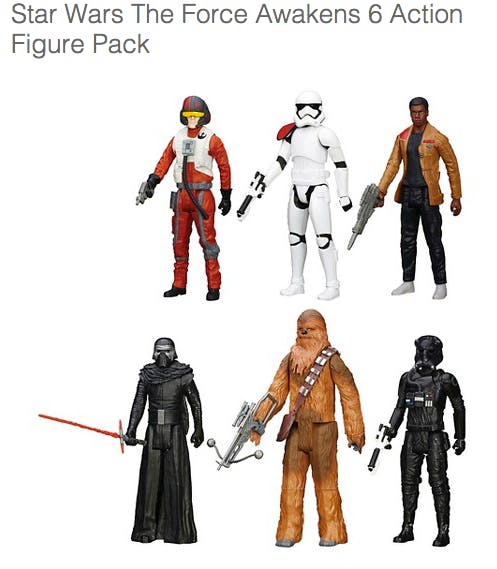 Rey and Captain Phasma are missing from the set, and while the large ensemble cast might explain why Hasbro didn’t include Phasma—after all, there are only six slots for this action figure set—it doesn’t make sense that Rey, unquestionably a main character, was excluded in order to place two nameless characters among the others.

I get it. You can't have a Rey action figure. Some boys might let her fly an X-Wing. Next thing you know, she's wanting to vote. #WheresRey

Hasbro did not respond to a request for comment.

Fans and Star Wars content creators alike are once again upset, and they’re already asking Hasbro and Target #WheresRey. But after seeing the same treatment happen to General Leia (née Princess), Black Widow, and Guardians of the Galaxy’s Gamora in recent years, they can’t exactly say that they’re surprised about the development.

To reiterate, Hasbro and Target are releasing this set with no female characters. No Leia, Rey, Phasma: https://t.co/aK6dCt0la2

“WHAT DO WE HAVE TO DO TO MAKE YOU LISTEN?” Jenna Busch asked over at Legion of Leia. “Do we need to boycott your stores? Stage national protests? Laugh in your face? You have a non-descript fighter pilot and not the main character. Hell, you included Ultron in the Avengers set instead of Black Widow, but I thought you may have learned. Clearly you didn’t. I’ll remember that when I decide to furnish my desk with toys. They’ll no longer be from you.”

The upcoming Star Wars films may be notably progressive in terms of its representation of women, but for women, its merchandising appears to be more of the same.