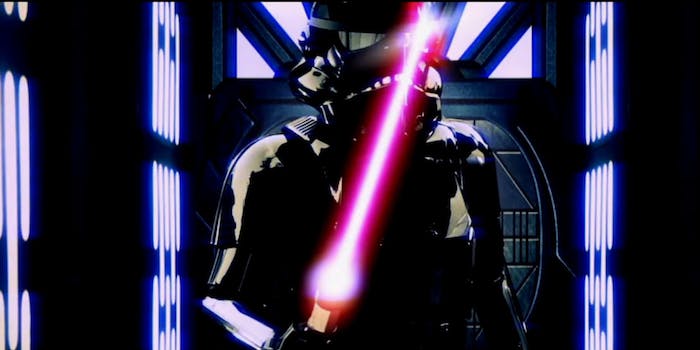 ‘Star Wars: The Force Awakens’ trailer will be on iTunes for Black Friday

The wait is almost over.

Star Wars: The Force Awakens is undoubtedly the most-hyped trailer of the year, and fans who’ve been lucky enough to squeeze into Thanksgiving Day theaters to see its debut are already in awe of the spectacle.

But for those of you who didn’t want to battle the holiday crowds, congratulations: Your laziness is being rewarded.

Come Friday, you can download the trailer on iTunes. And unlike these guys, you can watch it more than 17 times in a row.

The Force is with you on #BlackFriday when #TheForceAwakens teaser hits @iTunesTrailers.

The unexpected announcement may be Disney‘s way of trying to fend off an inevitable online leak of the trailer, like the leak of Marvel’s Age of Ultron.

Or it could be a belated acknowledgment that the studio’s apparent original plan to release the trailer in just a handful of theaters was untenable at best. After all, if ever there was a trailer that could break the Internet and cause a panic in shopping malls nationwide, it’s this one.

While we wait, let’s enjoy this fan-made teaser trailer.